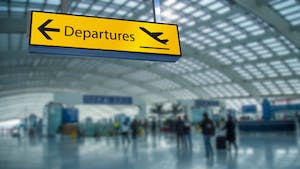 On 30 May, environmental protest group Extinction Rebellion announced it planned to conduct direct action on 18 June at London Heathrow Airport to force authorities to close the airport for the day. The group has said it will act to close Heathrow for a further 10 days from 1 July unless the government cancels all planned expansion of the airport.

To close the airport, Extinction Rebellion could use tactics such as flying drones into Heathrow’s airspace or trespassing on runways. An internal document from Extinction Rebellion showed that the group had been discussing the use of drones to prevent planes taking off and landing. The group has claimed that it has made no decision on the issue and would never endanger public safety. However, the group has still received a strong rebuke from authorities, who warned of severe legal penalties for such action.

Extinction Rebellion could also seek to replicate the tactics of the group Plane Stupid, who in July 2015 closed Heathrow’s northern runway for almost seven hours. Thirteen activists breached Heathrow’s perimeter security and locked themselves to a tripod they had installed on the runway. Extinction Rebellion used similar ‘lock-on’ tactics during protests in central London in April.

The use of non-violent civil disobedience is a hallmark of Extinction Rebellion’s campaigns. The main aims of such actions are to cause maximum disruption and to draw media attention. The group’s demonstrations have featured a range of tactics: site occupation; lock-on protests; roadblocks; establishment of protest camps; and publicity stunts. The group has also used theatrical elements – such as props, costumes and music – to enhance the visual appeal of its protests and attract media coverage.

The willingness of participants to be arrested has been another notable element of the group’s approach. The tactic allows the group to waste police resources, allowing additional disruption. The detentions have also enabled Extinction Rebellion to evoke the historical precedent of mass arrests of prominent social activists and create a high barrier to entry that draws more committed members.

The success of its 11-day demonstration in London in April has emboldened the group to pursue further disruptive protests, as illustrated by the plans to disrupt air traffic at Heathrow. It has already conducted further protests in other major UK cities and a blockade of the Port of Dover is planned for September.

Extinction Rebellion claims its membership has grown both in the UK and abroad, with over 100,000 members and almost 400 branches worldwide.

The unprecedented scale of the April demonstrations has led police forces to call for legal changes to increase powers over protests and introduce tougher punishments for offences.

The Metropolitan Police estimates that the protest action cost the force USD 9.6 mn and required the deployment of 10,000 officers. Police have suggested that there is currently a limited criminal deterrent to highly disruptive protest action. Most public order offences at demonstrations are currently dealt with by magistrates’ courts, limiting the severity of the penalties imposed.

With concerns over the announced Heathrow protest, senior police are likely to continue lobbying for these changes to protect police resources from becoming overstretched.