Turkey - Erdogan to weigh up early election after referendum victory 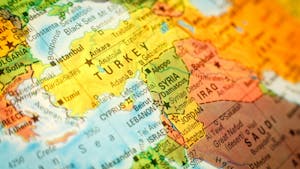 Turkey – Erdogan to weigh up early election after referendum victory

The ‘Yes’ campaign only secured 51.4 percent of all ballots cast in the referendum despite its two main backers – the AKP and the Nationalist Movement Party (MHP) – having received 61 percent of votes in national elections in November 2015. The referendum victory grants the formerly ceremonial presidency the power to appoint ministers and judges, issue executive decrees, set budgets and determine trade policy. The new system scraps the role of prime minister and permits the president to align with a political party, eliminating the position’s assumed impartiality. Furthermore, the removal of critical checks and balances on the power of the executive threatens to endanger the country’s democratic institutions and has raised concerns among observers in the West, especially the EU. In a report on the referendum, the Organisation for Security and Co-operation in Europe (OSCE) and the Council of Europe noted irregularities and the misuse of state resources in the campaign.

General elections are scheduled for November 2019 but it is possible a vote will be brought forward to next year in an effort to bolster the presidency and secure the long-term leadership of the AKP in Turkey.

Erdogan’s ability to obtain support from rival domestic groups will be critical to any future election outcome. The results on 16 April indicate that some two-thirds of MHP’s traditional voter base, which mostly comprises secular-conservative nationalists, rejected giving Erdogan greater powers. Erdogan instead owed success in part to some 1 mn Kurdish voters who, despite opting for the pro-Kurdish and left-wing Peoples’ Democratic Party (HDP) in the November 2015 elections, voted in favour of the constitutional amendments. Prior to 16 April, some dissident nationalist Turks from the MHP criticised the president’s stance on the Kurdistan Workers’ Party (PKK) and have accused Erdogan of seeking to turn the unitary republic into a federation.

Erdogan will also need to maintain the support of some Kurdish voters ahead of any election. Some Kurds have provided a surprising support base for Erdogan since 2002 despite the major security operations in the Kurdish provinces witnessed since the collapse of the ceasefire with the PKK in July 2015. In an appeal to Kurdish voters that could antagonise some nationalists, Erdogan signalled both during and after the referendum that the peace process with the PKK could resume. This will also prove complex given the political changes in conditions in northern Syria, where Kurdish militants have been emboldened by US support and increasing autonomy. However, in a sign of willingness to garner some Kurdish support, the government has already begun investing in social projects to help around 100,000 Kurds affected by domestic conflict in the southeast.

Even if Erdogan can cultivate an image as both a defender of Turkish national interests and the best hope for peace with Kurdish fighters, he will also have to protect his popularity among conservative, urban, middle class Turkish voters, which has been threatened by the country’s worsening economic outlook. The European Bank of Reconstruction and Development has forecast that economic growth in 2017 and 2018 will stand at about 3 percent in each year, half of the 6 percent achieved in 2015. Much of Erdogan’s positive economic legacy has been dented since the summer of 2015. The Turkish lira has depreciated 25 percent against the US dollar since December 2016 and the economy continues to recover from the impact of the political crisis and bilateral sanctions with Russia in 2016, which saw an estimated drop of 3 mn Russian tourists. In addition, the manufacturing sector could be impacted by any worsening of ties with the EU, as the bloc represents some 49 percent of Turkish exports. It is estimated that around 10 percent of those who supported the AKP in November 2015 voted against the executive presidency on 16 April. A weaker economic horizon coupled with Erdogan’s falling popularity in major cities – as reflected by the referendum’s defeat in Istanbul and Ankara – will ensure the government closely monitors indicators of urban support as it decides on an early national vote.

Turkey’s foreign policy priorities will also likely become clearer now the referendum is over. In 2016, Turkey intervened militarily in northern Syria to tackle the threat from both Islamic State (IS), and Kurdish rebels that it argues are affiliated with the PKK. In mid-2017, Turkey could intervene with ground troops in Iraq, where it hopes to prevent Kurdish armed groups from consolidating their control in Sinjar and Tel Afar, which have been captured from the IS. External military action would likely attract support from nationalist voters and largely isolate the fight against Kurdish militants to outside of the country, where it is less likely to alienate his potential Kurdish supporters at home.

Relations with the US and the EU could deteriorate further in any domestic electoral process, although a radical break with either remains unlikely. Campaigning ahead of the constitution elevated tensions with Germany and the Netherlands, and the EU has raised concerns over the ongoing state of emergency in Turkey since the attempted coup in July 2016. Issues such as freedom of press and political liberalisation will continue to stoke divisions with Brussels ahead of any election, especially if allegations of malpractice and voter irregularity resurface. More immediately, the divisions between Turkey and the US over the arming of Kurdish Peoples’ Protection Units (YPG) fighters in Syria will serve as a point of tension with Washington.

The 2018 political trajectory remains uncertain and the prospect for early elections will ultimately be determined by Erdogan’s ability to balance different domestic groups and stabilise economic performance. As well as the president’s and AKP’s own policies and political management, key to a decision on early elections will be the scope for the opposition bloc led by the Republican People’s Party (CHP), dissident nationalists and Kurdish parties led by the HDP to cooperate. The ideological differences between the dissident nationalists and the HDP are too great to make any formal coalition or unification around a single presidential candidate likely, but closer cooperation and the wider strength of the opposition will influence an electoral decision.

Erdogan will also have to control any internal dissent within the AKP. Although dissent has been weakened following the wide-reaching crackdown implemented since the coup attempt last year, unrest could feasibly spread within the party if economic performance antagonises a growing number of the more middle-class urban electorate. While Turkey’s expected offensive against Kurdish groups outside its border is not expected to significantly impact popularity at home, it may lead to further deterioration of relations with the European Union. The declining prospects of Turkish EU membership in the past two years and expected continued friction over issues such as democratic rights, freedom of expression and migration will remain on the political radar of voters and could influence some voters should Turkey go to the polls ahead of schedule.