The Department of Homeland Indecisiveness

Assessing the impact of institutional failure to think proactively on disinformation 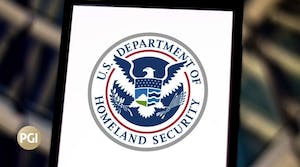 The Department of Homeland Indecisiveness

What a three weeks it has been for the Department of Homeland Security’s flagship Disinformation Governance Board (DGB). The board was announced out of nowhere, Nina Jankowicz was hired to head it, and they assumed the somewhat bizarre public remit of the Biden administration being tasked with fact-checking anti-Biden conspiracies, amongst other themes. Yesterday Jankowicz resigned, the DGB was shut down, then Jankowicz apparently hadn’t resigned, then the DGB was only paused, and then at last, clarity: the DGB theoretically endures, but Jankowicz has officially resigned from it. The resignation comes after three intense weeks of the whole right-wing ecosystem viciously attacking Janowicz and the board, attacks which the Biden administration failed to respond to at all, let alone adequately.

This whole mess stems from the fact that DHS are reacting to, rather than pre-empting, disinformation. Threat actors in the disinformation space are particularly agile and innovative and, in this case, the right-wing smear campaign targeting Nina Jankowicz and her appointment to the DGB was well planned, directed, and deployed. Combined with a lack of clear comms around the role of Jankowicz, the role of the board, and a total failure to pre-empt the attack narratives which would—as now seems to be the case—lead to her resignation and the mothballing of the DGB, DHS have basically shown they have no understanding of the digital dynamics at play in the US today.

We can talk all day about polarisation and post-truth politics and while the US is certainly polarised, such discussion fails to acknowledge the efficacy and sophistication of the ecosystem the right wing have put in place within the US. Narratives are seeded months and even years in advance, the groundwork laid for being able to seemingly legitimise a callback further down the political line. This was the case with claims of a stolen election and voter fraud, with ballot trafficking, with attacks on critical race theory, it all relies on taking a top-down narrative and making it appear to be emerging bottom-up from popular society. And now it’s playing out around the DGB. The behaviours also evolve over time, away from armies of ‘trolls’ or ‘bots’, and into a scenario in which real people are saying real harmful things, which become potent at scale. The wider infrastructure of the ecosystem allows major outlets to spread those narratives at the highest level to massive audiences, narratives which then filter from the top down to social media sites, discussion boards, forums, partisan blogs, and real world discussions, every instance making that top-down narrative appear more organic and authentic.

There’s still a tendency to conflate disinformation with ‘fake news’, evoking individual pieces of content rather than a sustained, well-funded, coordinated multi-platform effort in the digital space to influence real world activity at scale. The smearing of Jankowicz and the failure of the DHS to understand the complexities of this dynamic is the real problem.