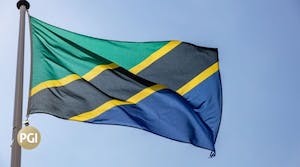 Samia Suluhu Hassan became Tanzania’s first female president in March 2021 after her predecessor John Magufuli’s sudden death, officially due to heart problems. Magufuli’s presidency had been marked by rising economic nationalism, a crackdown on the media, political opposition and civil society, and inaction against COVID-19.

Magufuli implemented a nationalist economic agenda, particularly in the country’s lucrative extractives sector, in an attempt to develop national industry and make Tanzania self-sufficient. In 2016, he sued Acacia Mining for USD 190 bn in unpaid taxes for allegedly undervaluing its gold production. He also legislated to give the government a 16 percent stake in all foreign mining projects and removed foreign mining companies’ right to international arbitration.

There are indications that Samia will adopt a different approach to her predecessor. Since taking office, she has cited the need to attract foreign investment, stepping up the country’s response to COVID-19 and lifting some restrictions on local media, though obstacles to reform and risks remain.

A more attractive regulatory environment for foreign companies coupled with limited progress on democracy, human rights, civil liberties, and press freedom is likely over the medium-term.

A veteran of the Chama Cha Mapinduzi (CCM) ruling party, Samia’s background suggests a pragmatic and technocratic leadership style in contrast to her populist predecessor. She has qualifications in economics, management, and development and a professional background in administration, working for both the regional government in her native Zanzibar and the UN’s World Food Programme (WFP). She served as a regional minister covering business-related portfolios, including tourism, trade and investment, and youth employment before being elected to the National Assembly in 2010, after which she served in pro-business president Jakaya Kikwete’s cabinet.

Samia’s early moves as president indicate a departure from Magufuli’s policies. Her government has fast-tracked several large projects that had stalled under her predecessor, including a USD 30 bn liquified natural gas project with Equinor ASA, Shell and ExxonMobil and a USD 3 bn joint venture to mine coal and iron ore with Chinese firm Sichuan Hongda.

As well as energy and mining companies, Samia has sought to repair key relations with regional partners and international donors. In June, Tanzania began talks with the International Monetary Fund to secure a USD 571 mn aid package to support the country’s COVID-19 economic recovery. Cooperation with the IMF is likely to reassure investors that Samia will continue to pursue pro-business reforms.

However, Samia is unlikely to depart radically from Magufuli era restrictions on the press, opposition and civil society. Despite initially striking a conciliatory tone and lifting of some Magufuli-era restrictions on local media, Samia has resisted opposition demands for constitutional reform and has maintained a ban on political rallies, arguing that they cause “political chaos”. Authorities also arrested opposition leader Freeman Mbowe in July on terrorism charges shortly before a party meeting on constitutional reform.

Although the regulatory environment is likely to improve over the medium term, domestic political repression will pose a significant reputational risk for companies with robust ESG policies.

The need to carefully balance the interests of Magufuli’s allies and Samia’s own instincts to adopt business-friendly policies that will attract foreign investment could lead to erratic and contradictory policy decisions and frustrate her attempts to repeal some of Magufuli’s resource nationalist policies. Magufuli’s faction remains influential within the ruling CCM and state institutions, including the intelligence services. Samia was also a largely ceremonial vice president and, therefore, lacks a faction or support base of her own.

Renewed factionalism within the CCM is also likely to breed political instability and graft, which could undermine economic growth. One of Magufuli’s signature achievements was the centralisation of power and a crackdown on corruption within the ruling party. An improved operating environment coupled with increased factionalism is, therefore, likely to incentivise competition among less restrained political elites looking to gain personally from foreign investment, adding an additional financial and social cost for business.

Although these risks remain, early indications show that Samia’s reform agenda is likely to prevail. She has aligned herself closely with former president Jakaya Kikwete in a likely attempt to counterbalance the influence of Magufuli’s supporters. Many of her cabinet appointments were Kikwete allies and Kikwete himself has attended CCM central committee meetings at Samia’s invitation. Her early business-friendly actions and reversal of her predecessor’s inaction against COVID-19 indicate that this balancing strategy is working. Though perhaps at the risk of increased corruption – which reached a peak under Kikwete’s pro-business but clientelist presidency – this signals that the operating environment for foreign companies is likely to improve in the medium term.