Salafi-jihadism in Africa 20 years after 9/11: ISIS in Mozambique and the DRC 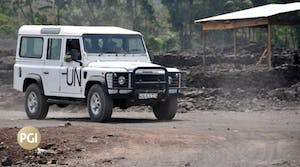 Salafi-jihadism in Africa 20 years after 9/11: ISIS in Mozambique and the DRC

In March 2021, the US State Department designated the Islamic State’s (IS) self-described affiliates in the Democratic Republic of Congo (DRC) and Mozambique as foreign terrorist organisations. The move came two years after IS declared the existence of its ‘Central Africa Province’ (ISCAP) consisting of two apparently independent groups – the Ugandan Allied Democratic Forces (ADF) and Ansar al-Sunnah wa-Jam’ah (ASWJ) – in eastern DRC and northern Mozambique. 20 years on from 9/11, it is important to recognise that a more decentralised version of the franchise model of terrorist networks pioneered by Al-Qaeda continues to help organisations maintain their relevance to their supporters and sustain global media interest.

Despite Washington’s actions, the precise link between the groups and IS’ central command in Syria and Iraq remains tenuous. IS has claimed responsibility for both groups’ attacks since 2019. However, the insurgencies retain distinct local characteristics and there is little publicly available evidence linking them to a wider global network.

Regardless of the extent of their relationship, the ADF and ASWJ’s decision to pledge alliance to IS and the latter’s willingness to accept them into the fold illustrates how all three parties benefit from affiliation. With the collapse of its so-called caliphate in 2017, IS has effectively lost most of its territory and has increasingly relied on affiliates to project power and seemingly continue its global expansion.

There appear to be few organisational links between IS Central and the ADF. A 2018 operation by the Congolese armed forces reportedly found a book by IS publisher Maktabah al-Himma in an ADF camp near Beni. In 2018, Kenyan police arrested an IS financier who allegedly transferred funds to the ADF.

However, these appear to be isolated examples. A June 2021 UN Security Council Panel of Experts Report noted no evidence that IS Central exercised command and control over ADF operations, nor any financial, human, or material support. The report added that IS claims of responsibility did not fully match events on the ground, implying they may not be fully aware of, let alone directing, ADF operations in real-time.

Likewise, there is little evidence to suggest that IS has strategic control over or organisational links with ASWJ in Cabo Delgado. When ASWJ attacked Palma in northern Mozambique in March 2021, IS’ media agency Amaq made vague claims about the assault, sharing photos of Mocimboa da Praia, 65 km to the south. As the militants had cut telephone lines before the attack, IS would have had no information or visuals on the raid, suggesting a lack of direct communication. According to women who escaped the militants’ captivity, many ASWJ leaders also deny having IS connections.

Links between the two affiliates also appear marginal at most. Some connections are to be expected given Southern Africa’s porous borders. In 2018, Mozambican security forces arrested several suspected ADF militants from the DRC and Uganda in Mocimboa da Praia. According to detainees, ASWJ fighters have received training in Tanzania and eastern DRC. Nevertheless, evidence of deeper organisational ties is conspicuously absent.

Instead, the two insurgencies are driven primarily by local dynamics and grievances. The ADF took up arms against the Ugandan government in the 1990s, alleging discrimination against Muslims. For years, it was supported by Sudan’s Islamist leader Omar al-Bashir.

However, the importance of Islamism within the group’s ideology has waxed and waned. It has previously allied with secular opposition groups to topple Ugandan president Yoweri Museveni, advocated for ethnic Bakonjo separatism in western Uganda, and developed deep interests in local economies and cross-border smuggling, earning them the moniker of “rebels without a cause”. By comparison, the ADF’s embrace of IS’ salafi-jihadist ideology is very recent and its commitment unproven.

ASWJ presents radical Islam as a solution to decades of political, economic, and ethnic marginalisation. Cabo Delgado remains Mozambique’s poorest province despite vast mineral deposits and natural gas reserves and the group has sought to exploit local grievances over poverty and inequality.

In July 2020, IS’ al-Naba publication accused Mozambique’s ruling party, FRELIMO, and Western powers of conspiring to rob Cabo Delgado of its resources. Experts even believe the group to have begun as a non-violent religious movement for unemployed young men opposed to the FRELIMO government from coastal Cabo Delgado’s Mwani ethnic group. The Mwani have long resented that politics and business in Cabo Delgado is dominated by ethnic Makondes, who form the backbone of FRELIMO’s support in the province.

The implication of IS ties

However, the groups’ professed allegiance to IS remains significant despite the lack of organisational links and the primarily local character of their respective insurgencies. Indeed, IS does not typically seek command and control over its regional affiliates, affording them considerable autonomy in contrast to the more top-down approach traditionally favoured by al-Qaeda.

For example, though ultimately mediated by local circumstances and capabilities, ASWJ has sought to emulate IS by raiding towns and cities and seeking to establish governance over territory. ASWJ held Mocimboa da Praia for a year between August 2020 and August 2021, declaring it the capital of their ‘caliphate’.

Despite recent setbacks, the group still holds sway over parts of coastal Cabo Delgado, and further attacks like the March 2021 raid on Palma remain likely in the medium-term. The ADF is not as strong as ASWJ militarily. However, the group has expressed its intent to establish an Islamic polity in the region.

Voluntarily seeking affiliate status also indicates that the ADF and ASWJ are likely to copy IS Central tactics and targeting patterns. In June 2021, IS claimed responsibility for the DRC’s first ever suicide bombing that reportedly targeted Christians at a bar in Beni, North Kivu province. The attack followed a pattern of rising IED attacks by the ADF, signalling a broader adoption of IS tactics by the group.

Similarly, ASWJ are likely to continue to behead civilians in Cabo Delgado—a characteristic of IS violence in Syria and Iraq which it has adopted widely. While IS may not exercise command and control, the evidence suggests it will continue to exert influence over the insurgencies by the example it sets.

The ADF and ASWJ’s affiliation is mutually beneficial for propaganda and recruitment purposes. The affiliations give IS the impression of global reach and relevance despite the loss of territory in Iraq and Syria, keeping supporters engaged and motivated. Additionally, these apparent victories potentially inspire would-be jihadists in the region to join these groups. Though largely autonomous, the groups’ affiliation is thus anything but superficial.

Understanding the balance between local dynamics and global influences will be key to addressing Islamic State insurgencies, including the ADF’s and ASWJ’s, in Africa in the years ahead. Overstating groups’ ties to IS could distract from addressing the root causes of the insurgencies and trigger misguided policy responses that fuel further violence and increase the risk of human rights abuses. Simultaneously, acknowledging that groups like the ADF and AWSJ voluntarily sought IS affiliation reveals important insights into their motivations, aspirations, and likely tactics, targeting patterns, and recruitment strategies.