Will political uncertainty in Peru persist after the June presidential elections? 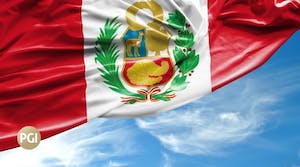 Will political uncertainty in Peru persist after the June presidential elections?

The vote comes amid widespread public frustration with traditional politics. April’s first-round elections saw a greater proportion of the electorate return spoiled or blank ballots than vote for the leading candidate. Castillo and Fujimori are populist candidates largely outside of the traditional political establishment of the last two decades, which has been undermined by repeated corruption cases.

The public has become increasingly disillusioned with what is viewed as a corrupt and ineffective political elite in recent years. In 2018, the centrist President Pedro Pablo Kuczynski resigned prior to an impeachment vote in Congress, after he was accused of links with the Odebrecht corruption scandal. In November 2020, Congress removed then President Martín Vizcarra, citing corruption and mismanagement of the COVID-19 pandemic. Only days after Vizcarra’s impeachment, interim President Manuel Merino resigned, and current interim President Francisco Sagasti assumed the presidency on 15 November.

The two winners of the first-round of elections in April represent two extreme political ideologies. Both may introduce dramatical changes to economic, political, and social policies.

The left-wing Pedro Castillo, whose Free Peru party embraces Marxism-Leninism, campaigned on a platform of indigenous and agrarian rights, anti-corruption, and economic nationalism. He is a political outsider from the rural Cajamarca department, who worked as a primary school teacher and gained national attention in 2017 after leading a nationwide teachers’ strike.

Castillo has pledged to take a protectionist approach to the economy, calling for a greater state involvement in key economic sectors, while his Free Peru party pledged to massively increase mining concessions from around 20 to 80 percent. However, he has recently attempted to calm markets by rejecting claims that he will nationalise industries. Castillo has also vowed to substantially increase government social spending, hold a referendum to rewrite the 1993 constitution – which many claim is the root of institutional corruption – and to replace Congress with union and interest group representatives.

Keiko Fujimori has campaigned on neoliberal economic policies, social conservatism, and an authoritarian rule of law. Fujimori is the daughter of former president Alberto Fujimori, who was sentenced to 25 years in prison in 2009 on charges of human rights abuses during his presidency. Authorities have also implicated Keiko Fujimori in money laundering in the Odebrecht scandal, and she has spent 16 months in pre-trial detention over the last two years.

Fujimori has pledged to crack down on crime, pardon her father, and take a hard-line stance on social issues such as abortion and gay marriage. Fujimori will likely implement further free-market economic policies. She is strongly against state subsidies, and will likely withdraw COVID-19 state support, which could shock the economy in its post COVID-19 recovery.

It is unclear who will win the election in June. Castillo was initially leading the polls by a clear margin. However, a 5-6 May survey put Castillo narrowly ahead by around 5 percentage points. As Castillo’s lead in polls narrows, it is likely the result will be determined by as yet undecided voters. In the survey, 22 percent of people said that they remained undecided or planned to spoil their ballot.

Undecided voters may choose to go with the new option – Castillo – rather than choose Fujimori, who has faced corruption allegations and narrowly lost second round elections on two previous occasions. Furthermore, the polls may not fully take into account the indigenous rural population who are Castillo’s main supporter base.

Fervent opposition to both candidates means there is a heightened prospect of unrest and violence in both the run up to 6 June and after the election. Thousands gathered in Lima on 22 May to denounce Fujimori, and further sporadic protests are likely to take place in the capital over the next fortnight. Furthermore, on 24 May, authorities accused the Shining Path left-wing guerrilla group of killing at least 16 civilians in the rural Junín department. Reports said that the guerrilla group circulated leaflets telling people not to vote in the election.

The centre and the right of the political spectrum have labelled Castillo as a Marxist-terrorist with links to the Shining Path. While these claims are unsubstantiated, if Castillo is elected and implements radical reforms, it will likely lead to political unrest and protests. Alternatively, much of the population views Fujimori as an authoritarian, anti-democratic politician and her election will likely further embed the social distrust of the corrupt political elite. November 2020’s pro-democracy protests saw thousands take to the streets to oppose what was seen as a military coup against President Vizcarra, and if Fujimori attempts to impose authoritarian measures, unrest is likely to break out.

The fragmentation of Congress, as well as tensions between Congress and the executive may increase political instability. Congress will be split amongst 11 parties, and a president from a far-left or far-right political orientation will likely be unable to unite the legislature in order to pass key policy. Congress has the ability and precedent to remove the president at any moment. In the event of major constitutional reform or corruption allegations, Congress may once again vote for impeachment, removing the sitting president.