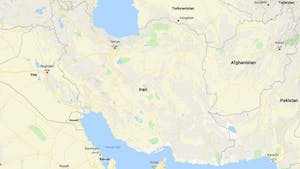 Since May, Iran has pursued a confrontational approach in the Persian Gulf. Iran’s Islamic Revolutionary Guards Corps (IRGC) naval forces allegedly launched six attacks against oil tankers in May and June and have seized three vessels since July.

The seizures and alleged attacks are likely intended to apply pressure on US allies who rely on the Strait of Hormuz for trade, especially oil exports.

These developments alone are not enough alone to confirm warming relations, but they do show that the UAE is willing to reverse previous diplomatic positions to secure its own interests.

The escalation in Gulf tensions has placed significant pressure on the UAE. The Emirati government has been forced to reconsider whether its current hostile relations with Iran, favoured by its allies the US and Saudi Arabia, best serve its economic and security interests. The UAE has already made several indications that it is already pursuing rapprochement with Iran:

Unlike the US and Saudi Arabia, the UAE did not directly blame Iran for the attacks on oil tankers in the Gulf in May/June. The UAE concluded that an unnamed state actor was most likely responsible but did not blame Iran, likely to avoid having to adopt punitive measures that might worsen tensions.

On 8 July, the UAE announced it would begin a phased withdrawal of its military forces from the Saudi-led campaign against Houthi rebels in Yemen. Concerns over tensions with Iran were likely among several factors in the decision. Iran has supported the Houthi rebels with weapons since the beginning of the conflict. Abu Dhabi likely sought to cease fighting against the Iranian-proxy group in light of increased security threats from Iran in the Persian Gulf waters. By withdrawing from Yemen, the UAE has more manoeuvrability in their rapprochement with Iran as they are no longer fighting in opposition. The Gulf crisis may have increased the speed of the Emirati withdrawal from Yemen, which some reports say had been planned for months, and reinforced the conclusion that the Houthi rebels were no longer a priority.

On 30 July, the UAE sent a coastguard delegation to Tehran for the first time since 2013. Emirati officials told Reuters that the meeting was to discuss routine maritime issues, but it is likely that the timing was in part due to regional events.

The UAE remains concerned about the threat from Iran but is under pressure to avoid disruption to regional trade that would undermine its already slowing economy. In late May, the Emirati central bank said that GDP will expand only 2 percent in 2019, compared with a previous forecasted 3.5 percent growth published in March. This forecast, coupled with reports that non-oil companies have cut their staff at the sharpest rate in nearly a decade, have contributed to the recent policy shift on Iran.

The recent crisis in the Persian Gulf and US sanctions on Iran have increasingly undermined the UAE’s traditional role as a hub for foreign businesses, including with Iran. The UAE’s trade with Iran was worth USD 19 bn in 2018 but officials project this will plummet by half in 2019. The UAE’s location, economy and reputation as a safe haven for foreigners leave it uniquely susceptible to the fallout from even a low-level confrontation, creating strong incentive to reduce the risk of a conflict in the Gulf.

Further bilateral meetings between Tehran and Abu Dhabi are likely as the UAE pursues a rapprochement with Iran through diplomatic channels. Since the coastguard meeting in Tehran, the chairman of the Iran and UAE joint chamber of commerce has said that economic and political relations are improving, though no specific details were provided.

The UAE is, however, also likely to maintain strong ties with its allies US and Saudi Arabia, which may limit its flexibility in improving relations with Iran. Many Gulf Arab nations and Abu Dhabi’s international partners remain hostile to Iran. Going forward, the UAE will have to carefully n avigate between pursuing limited engagement with Iran while preserving important economic, political and security ties with its staunchly anti-Iran partners.

Longstanding areas of disagreement between the UAE and Iran will also limit any major shift in relations. Abu Dhabi is not seeking a full restoration of diplomatic ties with Iran, but rather, is shifting foreign policy course as it seeks to avoid an unpredictable conflict that could directly threaten its interests. Emirati grievances related to disputed territories, accusations of terrorist financing and support of proxy militias will likely remain areas of contention even if bilateral ties improve.

Crucially, there is little evidence that the UAE’s policy shift will be effective in containing the threat of a military spillover in the Gulf. As pressure from sanctions mount on Iran, Tehran is likely to grow more aggressive in attacks and seizures in the Strait of Hormuz. Vessels passing through UAE waters will remain attractive targets, as demonstrated by previous Iran-attributed attacks off the Emirati port of Fujairah.