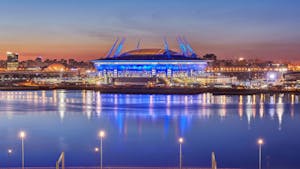 Russia will host the 2018 FIFA World Cup from 14 June to 15 July. A total of 64 matches are due to be held in 12 venues in a total of 11 cities: Moscow, St. Petersburg, Sochi, Kazan, Kaliningrad, Nizhny Novgorod, Samara, Saransk, Rostov-on-Don, Volgograd and Yekaterinburg. Approximately one million tourists are expected to attend the event.

The World Cup faces a significant threat from terrorism. The global nature of the tournament makes it a highly attractive target for attacks. Islamist militant groups are very likely to try to target it in revenge for Russia’s military intervention in Syria on the side of the Syrian government of Bashar al-Assad. The venues are likely to be well protected, but militants may seek to attack softer targets such as exposed travel networks.

The Islamist terrorism threat emanates principally from returnee fighters from the Middle East, militants from the North Caucasus and Islamist-inspired “lone wolf” attackers. Researchers have reported a surge in pro-Islamic State (IS) group social media propaganda calling for attacks on the tournament by individuals using crude means, such as vehicles or knives.

There have been no attacks in central Russia so far in 2018 but IS has claimed two attacks in the North Caucasus, one in Kizlyar, Dagestan, in February and another in Grozny, Chechnya, in May. The National Anti-terrorism Committee (NAK) has reported ongoing security operations in the North Caucasus, but plots have also been disrupted further north in the Russian heartland, in the Nizhny Novgorod, Rostov, Saratov and Stavropol regions, the first two of which are venues for World Cup matches. The head of the FSB has alleged that 12 terrorist cells were dismantled between January and April 2018. The wide range of Islamist threat actors, the breadth of possible methods and the clear motivation to target the tournament mean that a terrorist attack cannot be ruled out.

Russia has given assurances to FIFA that it is implementing the necessary policing and security measures for the tournament. The group of Russian fans involved in the violence in Marseille during the 2016 UEFA European Championship has reportedly been dismantled. Participating countries have banned violent fans from leaving, while Russian authorities have blocked violent international fans from entry and have cracked down on known troublemakers in Russia. The Arsenal vs. CSKA Moscow match in Moscow in April was viewed as a successful litmus test for British and Russian fans, although only several hundred British fans attended.

Russian law enforcement, in coordination with international partners, has greatly reduced the risk of widespread and frequent hooligan violence. Serious violence is unlikely to occur in and around stadiums due to a significant police presence and restrictions on alcohol. But the authorities cannot police the behaviour of all fans, whether Russian or international. It is still probable that there will be some violent confrontations between football fans in places where fans congregate before and after matches.

On 24 May, there was a fight on Velyka Vasylkivska street in Kiev, Ukraine, at around 2300 hrs local time. Police said the incident was related to hooliganism and that two foreign football fans were injured, and two people were briefly detained. Media reports indicated that the two injured individuals were Liverpool fans and that the attack was perpetrated by assailants wearing bandanas and balaclavas at the Rooster Grill restaurant. The incident occurred ahead of the Champion’s League final in Kiev on 26 May.

This incident highlights the type of risk that football fans face from hooliganism at the Russia World Cup. As in Kiev, an attack is unlikely to occur in or around the football stadium due to the large police deployment. In these areas, provocative behaviour from fans risks confrontation with police more than with other fans. But foreign fans are likely to want to visit local bars and restaurants in the evenings. Although many bars will have security, fans should be aware that they are at risk from fellow revellers or from football hooligans, including hardcore foreign fans. In these settings, visitors should not draw attention to themselves, behave in a provocative manner or drink recklessly. Visitors should remain attentive to their surroundings. They should exercise caution when leaving bars and should avoid any large street gatherings or anyone dressed in protective clothing.

Members of the black and Asian communities may face discrimination, intimidation and violence during the World Cup due to racist attitudes among some parts of the Russian population. Persons of non-Slavic descent travelling on the Moscow metro and other public transport could be targeted, especially late at night. LGBT visitors could face similar animosity due to homophobic attitudes and a law banning propaganda on “non-traditional” sexual relations. Russian officials have provided assurances of the safety of fans irrespective of background or sexual orientation. However, the assurances are unlikely to translate to comprehensive protective measures and visitors should exercise caution in public areas.

Western nations have recently expelled Russian diplomats and imposed sanctions in light of perceived Russian aggression. These actions increase the likelihood of tensions between Russians and foreign nationals. Some British officials involved in preparations for the World Cup were expelled from Russia during the diplomatic standoff between London and Moscow in the wake of the poisoning of Sergei Skripal and his daughter in England. It is not clear how much of a negative impact this has had on UK-Russia security planning for the tournament, although British lawmakers cited it as a concern.

The Skripal poisoning is one of several points of antagonism between Russia and other countries. The Baltic states, Poland and Ukraine have expressed alarm at Russian behaviour since the annexation of Crimea in 2014. Ukraine’s foreign minister has discouraged Ukrainian nationals from attending the tournament, claiming that “provocations are guaranteed”, although this statement was likely directed at the Russian government. Tensions may increase animosity between Russian and Western fans, potentially exacerbating any unrest if it does occur. In the event of any violence, detentions of foreign fans could become a diplomatic issue, especially if arrests are perceived as arbitrary.

Russian policing differs from policing in Western Europe. Officers employ heavy-handed tactics to supress disorder, and provocative behaviour towards police is not recommended. Cossack guards will be deployed alongside police in Rostov-on-Don. Although limited in their executive authority, the Cossacks are a paramilitary force subject to little oversight. They may act on their own initiative if visitors are perceived to be behaving inappropriately. During the 2014 Sochi Winter Olympics, Cossacks physically assaulted female performers at a protest by activist group Pussy Riot.

Given the media exposure of the tournament, it is probable that activists will stage protests or performances to criticise the Russian government. These protests are likely to be met with a firm response by police and could lead to violence. Police may not distinguish between protesters and any visitors located among or near them. For this reason, visitors are advised to avoid any demonstrations.

Russian authorities began enhanced security measures in regions where matches are to be played on 25 May, to run until 25 July. These measures could cause some disruption to transport. From 1 to 30 June, most private buses will be banned from entering the following World Cup cities: Volgograd, Kaliningrad, Saransk and Yekaterinburg. Excursion and corporate buses, as well as numerous private minibuses will not be granted entry. Entry will be granted to buses on scheduled services along approved municipal, inter-municipal and interregional routes. Usual air routes will face some alterations as the transport ministry has introduced flight-restriction zones over areas where enhanced security measures are in place. Strict registration rules will be in place for most visitors on arrival in each city.

Since September 2017, Russia has experienced hoax telephone bomb threats, prompting mass evacuations from shopping malls, schools and government buildings across the country. In May, local media reported that passengers and staff were evacuated when a hoax bomb threat targeted the international airport in Kazan, a city hosting one of the tournament venues. Another hoax bomb threat targeted ten facilities, including a shopping centre, in Omsk on 9 June. Russian authorities have not found a single bomb in any of the hoaxes since September 2017, and it remains unclear who is responsible. The incidents have caused large-scale disruption to transport and business operations and could impact the World Cup.

Visitors are advised to be aware of the risk from opportunistic and petty crime. The World Cup will likely attract pick-pocketers and muggers operating outside heavily policed venue areas and probably targeting transport hubs in particular. Scammers may also target tourists with bogus ticket schemes. Visitors should be wary of drink-spiking and should remain vigilant at places selling alcohol.

Visitors attending the tournament should consider issues of information security. Electronic devices could be subject to intrusion by criminals or nation-state actors. Cyber security researchers have detected weaknesses in public Wi-Fi hotspots in the 11 cities hosting matches. Criminals could intercept traffic through hotspots and thereby gain access to sensitive user information. The UK’s National Cyber Security Centre has advised visitors to economise on the number of devices they bring with them and has warned users to carefully consider what data they are sharing when using potentially insecure public and hotel Wi-Fi networks. As a further security measure, users are encouraged to use a Virtual Private Network (VPN) on their device to ensure any content they are browsing is encrypted and secured from prying eyes. Visitors are also advised to keep their devices with them at all times and to treat IT-related gifts, such as USB sticks, with caution.