Full-scale conflict unlikely, even as violence to persist 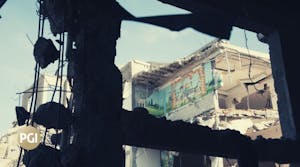 Israel/Gaza – Full-scale conflict unlikely, even as violence to persist

The fighting between Israel and Gaza-based militant groups Hamas and Islamic Jihad is the worst since the 2014 war between the two sides. Palestinian militants have fired more than 1,800 rockets at Israeli territory since 10 May, including at Tel Aviv and Jerusalem. In response, Israel has carried out hundreds of air strikes targeting militants in Gaza and mobilised 9,000 reservists. The violence has killed at least eight Israelis and more than 100 Palestinians.

The conflict has spilled over into rare inter-communal clashes and anti-government protests across Israel. Arab citizens in Israel have taken part in anti-government demonstrations across the country in solidarity with Palestinian communities for the first time in decades. Clashes and riots have also erupted between Arabs and Jews in ethnically mixed areas like Lod across the country.

The latest flare-up in violence between Israel and Gaza has been triggered by multiple grievances, including:

Political factors have also played a key role in the latest fighting. Gaza-based Hamas likely views the conflict as an opportunity to challenge its rivals in both Israel and the West Bank, especially after Palestinian elections scheduled for April were cancelled amid expectations of Hamas gains. In Israel, Prime Minister Benjamin Netanyahu could also benefit from a focus on security challenges after he failed to form a government following elections in March. The fighting could complicate his rivals’ attempts to form a government and provide him a chance to remain in power.

Most likely: Conflict continues before a ceasefire, but sectarian unrest to remain risk

Israel is unlikely to launch a full-scale ground invasion of Gaza, but a more limited ground incursion remains possible. Israel and Gaza-based militants have clashed repeatedly in recent years without a decisive military victory for either side, which suggests both sides recognise the limited benefits of an all-out war.

Rocket and missile attacks from Gaza will continue but Hamas will attempt to calibrate its activities to avoid triggering a full-scale conflict that could threaten its grip over the territory. For Israel, air strikes are likely to continue and limited ground operations may be authorised, but a full-scale invasion risks causalities and greater disruption to daily life that could quickly become politically unpopular.

Based on the pattern of recent fighting between Israel and militants in Gaza, foreign powers, namely the US, Egypt, and Qatar, are likely to pressure both sides into accepting a ceasefire in the coming days. However, as past outbreaks of violence have demonstrated, any deal will be fragile and could quickly unravel, leaving a prospect of repeated rounds of retaliatory air strikes and rocket attacks in the aftermath of any truce.

Beyond the immediate conflict, Israel will face an increased prospect of inter-communal violence in the coming months. This could manifest in more low-intensity clashes between Arabs and Jews in mixed communities as well as an increased risk of extremist attacks by militants on both sides.

The longer the conflict continues, especially given its current intensity, the more difficult it becomes to de-escalate. Israel has reportedly rebuffed Russian and Egyptian ceasefire efforts while mobilising more forces. If a militant attack causes mass causalities or significant disruption in Israel, it could trigger an escalatory cycle that ends in a full-scale invasion of Gaza. Reports of a failed rocket attack from Lebanon against Israel underscore the potential for a wider regional conflict that could complicate any resolution of the current fighting.