Iran - US exit from nuclear deal to fuel investor uncertainty 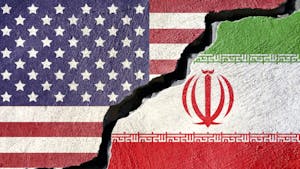 Iran – US exit from nuclear deal to fuel investor uncertainty

On 7 May, US President Donald Trump announced that the US was withdrawing from the 2015 nuclear agreement between Iran and world powers and that Washington would reinstate the strict sanctions on Iran that had been lifted under the accord. The deal – officially known as the Joint Comprehensive Plan of Action or JCPOA – imposed stringent restrictions on Iran’s nuclear programme in return for relief from international sanctions. Despite Iran adhering to the terms of the deal, Trump’s decision had been widely expected and comes after he repeatedly criticised the accord.

Trump’s decision will increase the legal and reputational risks of doing business in Iran. Foreign investors have already been deterred by US sanctions that remained after 2015, which alongside Iran’s opaque financial system, have obstructed Iran’s access to the global financial system. Companies involved in business with Iran now face the challenge of assessing their legal exposure in the face of the reinstatement of the broad and complex sanctions regime, a move likely to derail billions of dollars in business deals.

Sanctions suspended under the JCPOA are to be reimposed following a 90 to 180-day wind-down period to allow companies involved in business with Iran to disengage from their operations. US Treasury guidelines indicate that on 6 August, sanctions enforcement is to start on a range of activities including Iranian trade in gold and precious metals, dollars and sovereign debt, while on 4 November enforcement will begin on sectors including energy, insurance, financial services and shipping. After the wind-down periods, the full sanctions architecture that had been lifted as part of the deal will come back into full effect.

EU sanctions, however, will remain unchanged, meaning that the main sanctions exposure facing non-US firms will come from US secondary sanctions. These extraterritorial measures allow the US to deny foreign companies access to its market if they fail to comply with sanctions against Iran. Companies will therefore face pressure to choose whether they wish to pursue business with Iran or with the US, with major corporations likely to favour the US market. Washington has previously enforced Iran sanctions aggressively, a factor likely to influence investor decision-making. Companies would still have the option of applying for a sanctions waiver, as the CEO of French oil major Total previously said he would do. However, this would require a political will to accommodate EU economic interests that currently seems absent in Washington.

Deal may survive US exit

The reinstatement of US sanctions does not necessarily signal an upcoming collapse of the nuclear deal, as the UK, France, Germany and Russia are still party to the accord and have stressed their intent to preserve it. The EU, in particular, is keen on keeping the deal afloat to protect bilateral trade with Iran, which has risen from USD 9.2 bn in 2015 to USD 25 bn in 2017. Iranian officials, while signalling their will to remain in the accord, have warned that the country would need guarantees that Iran could maintain sufficient economic benefits to remain in the deal. But preserving a meaningful level of international trade is far from assured, as many companies are likely to be reluctant to conduct Iran-related business for fear of running afoul of US sanctions.

Significant uncertainty around the fate of the agreement therefore remains amid diplomatic talks between Iran and the EU aimed at reassuring Tehran that it would still benefit from a salvaged deal without the US. Among the guarantees that the EU could offer to assuage Iranian concerns are opening non-dollar-denominated export credit lines, rerouting Iran-related financial transactions through the European Central Bank or taking measures that would shield European companies from being penalised under US secondary sanctions. There is precedent for similar measures. For example, a 1996 blocking regulation rendered adherence to US extraterritorial sanctions on trade with Cuba illegal for European companies, thus providing them with a legal mechanism to avoid paying potential US fines.

US strategy unclear after deal exit

If Iran decides to stay in the agreement in the coming months before US sanctions go back into effect, EU diplomats may use the opportunity to negotiate additional provisions to the nuclear agreement in a last-minute bid to persuade the US to reverse its decision. Indeed, Trump has long called for a renegotiation of the accord, reiterating this stance in his 7 May announcement. Following Trump’s speech, French President Emmanuel Macron said that he would continue to work on a broader agreement covering Iran’s ballistic missile programme, nuclear sunset clauses and Tehran’s activities in the Middle East, indicating European efforts to satisfy US demands of additional restrictions.

While Trump has suggested that the US withdrawal from the nuclear deal might incentivise Iran to accept a new agreement, he has not offered any concrete plan to pressure Tehran or prevent it from reviving its nuclear programme. Moreover, Iranian leaders have repeatedly ruled out a renegotiation of the deal and are unlikely to change their position in light of the reimposition of sanctions, meaning that a new deal remains unlikely.

While Iran has signalled that it would not immediately withdraw from the JCPOA, President Hassan Rouhani said that he would take a decision on the issue in the coming weeks and could opt to pull out of the agreement. The reinstatement of sanctions is likely to damage the Iranian economy by limiting the participation of large foreign corporations concerned over possible sanctions, thus casting doubt over the value of the deal’s economic benefits for Tehran. The government is likely to come under pressure from hardliners to respond to the US withdrawal by resuming nuclear activities restricted by the agreement. Rouhani already warned that Iran could restart enrichment “without limits”, effectively ending the accord. Iran could also take more drastic measures, such as withdrawing from the Non-Proliferation Treaty, which would further raise tensions with the US.

The US withdrawal is likely to have repercussions on the security environment in Iran and the wider Middle East. Domestically, renewed sanctions could hamper growth amid an already fragile economic situation, sparking waves of civil unrest. Indeed, the Iranian rial has plunged in recent months while poor living standards have contributed to a wave of mass unrest that killed 22 people over December 2017-January 2018. The popular anger, however, could be redirected towards the US, fuelling support for hardliners.

Regionally, the US pull-out could prompt Iran to step up its regional activities and possibly retaliate by targeting the US or its allies in the region, including Israel and Saudi Arabia. Two days after Trump’s announcement, the Israeli military blamed Iranian forces for a rocket barrage on its positions in the Golan Heights, illustrating the potential for escalation. Iran may also be emboldened to stage attacks on Israel through the Lebanese Shi’a group Hezbollah or its affiliated militias in Syria. US troops in Iraq or Syria may also be at risk should Tehran decide to retaliate against Trump’s decision by directing Shi’a militias in the country to target US forces. The US pull-out from the deal could also cause Israel to ramp up air strikes against Iranian positions in Syria, further increasing the risk of regional conflict.