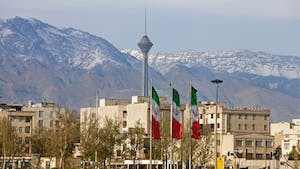 President Trump told Israeli Prime Minister Benjamin Netanyahu that he was demanding “significant changes” to the Iran nuclear deal to remain in the pact, according to press reports one week after their 5 March meeting in Washington. In January, Trump said he would cancel sanctions waivers for Iran issued as part of the nuclear deal and withdraw from the pact negotiated by his predecessor unless major changes were made by his stated deadline of 12 May. The changes the administration is seeking include the indefinite extension of limits on Iran’s uranium enrichment and other nuclear activities and an intensified inspections regime.

EU leaders have launched a diplomatic effort to save the agreement, but some reports have said Trump has adopted an uncompromising approach in talks. Reuters reported in February that the US might accept a commitment to improve the deal over time, according to a State Department cable that suggested the president might accept a lower threshold than the president publicly outlined in January. Other reports have said that the president continues to oppose a supplemental agreement that could include elements of the changes he is seeking in favour of amendments to the nuclear deal itself, which was ratified by the UN Security Council.

European diplomats, as well as other signatories Russia, China and Iran, have effectively ruled out any renegotiation of the pact itself. The 13 March ouster of US Secretary of State Rex Tillerson, who favoured remaining in the deal, could also complicate efforts to convince Trump to remain in the agreement. His replacement, Mike Pompeo, has criticised the deal in the past, though some sources have said his views on the issue may have evolved.

Trump will remain under pressure from key advisors and US allies to keep the deal in place, and this lobbying may influence his decision-making, as seen in his decision in August 2017 to reverse his campaign pledge to withdraw from Afghanistan. However, the president has also proven his willingness to abandon international agreements negotiated by his predecessors and has made clear his opposition to the Iranian government and the deal itself. Trump has repeatedly called the agreement “the worst deal ever,” diminishing the likelihood of a compromise before 12 May.

US withdrawal from the nuclear deal would almost certainly lead to greater regional instability and could trigger retaliation by Iran or its proxies in the region. The US and Iran are on opposing sides in a number conflicts in the region, including Syria and Yemen, and Iranian proxies in Iraq have previously threatened to target US coalition forces in the country. US allies in the region, including Israel and Saudi Arabia, could also be affected and any Iranian response might include cyberoperations.

The reimposition of US sanctions on Iran will exacerbate the country’s economic challenges. Iran has attracted just USD 25 bn in investment since the agreement was signed, significantly below expectations for an economy of its size. Remaining US sanctions are already a major deterrent to investors, and reapplying sanctions that were lifted as part of the nuclear deal would only amplify concerns for investors about the risks of doing business in Iran. The EU has said it would provide legal protections for its companies and banks and it could coordinate these efforts with other countries, who could bar their companies from complying with extraterritorial US sanctions on Iran as they did the 1990s.

It is unclear whether these measures will prove effective in helping Iran to substantially improve its ability to attract foreign investment if the deal collapses, especially from Western companies. Iranian President Hassan Rouhani has said his country would remain in the deal even if the US withdraws, so long as Iran’s interests are protected. However, underscoring the importance of attracting greater investment, Rouhani’s deputy foreign minister warned in February that Iran might scrap the nuclear deal if banks continue to blacklist the country and it fails to secure promised economic benefits. The added political uncertainty, alongside concerns about the domestic challenges of doing business in Iran – including corruption, a lack of transparency, and protectionism – are likely to weaken the country’s investment prospects in the coming months and years should the US exit the agreement.

It is not clear if the nuclear deal will survive if the US withdraws from the pact. Nationwide protests in January that left more than 22 people dead were inspired in part by frustration over the country’s poor economy and took place amid widely held perceptions that the deal has failed to generate the anticipated economic benefits. President Rouhani, a moderate whose administration negotiated the nuclear deal, has seen his popularity damaged by the fall in support for the deal and its collapse could undermine his efforts to promote economic and political reforms that could improve the domestic business climate in the wake of the demonstrations.

Iran is not likely to pull out of the pact immediately, given pressure from Europe and other signatories to remain in the deal. Nevertheless, unless there is a recovery in the country’s economic and investment prospects, Iran’s commitment to the deal could gradually erode following a US withdrawal, resulting in its eventual collapse.