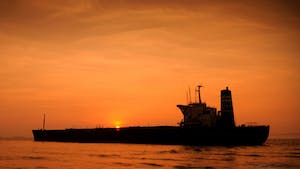 The hijacking of the Aris 13 off Puntland on 13 March marks the first successful attack against a large commercial vessel off Somalia since 2012. EU Naval Force (EUNAVFOR) has confirmed that the Comoros-flagged Aris 13 bunkering tanker was hijacked off Puntland on 13 March 2017, while en route from Djibouti to Mogadishu, and the vessel and its eight Sri Lankan crew members are being held for ransom near the coastal town of Alula, Puntland region. The incident occurred as the vessel entered the Gulf of Aden, 16 nm northeast of Puntland, when armed men on board two skiffs boarded and commandeered the vessel. The assailants responsible say they are fishermen, not hijackers, and claim the hijacking is to protest illegal fishing off Somalia, although this explanation is unlikely given the target was not a foreign fishing vessel and a ransom has been demanded. Pirates have historically used the guise of vigilante fishermen combatting illegal fishing to maintain local support, enabling them to continue their kidnap for ransom model.

The location of the vessel and its reported speed of 5 knots indicates the tanker was not compliant with the shipping industry’s Best Management Practices (BMP4). The Aris 13 was at further risk of attack due to its low freeboard of approximately 3 metres, which would have made it easier to board than vessels with higher freeboards. The tanker was also not registered with the Maritime Security Centre – Horn of Africa (MSCHOA) and did not report to the United Kingdom Marine Trade Operations (UKMTO), both of which are fundamental requirements of BMP 4, nor is there any evidence it had an armed security team on board.

Although the identity of those behind the hijacking has not yet been confirmed, the assailants have been linked to existing pirate groups based in the semi-autonomous region of Puntland, reflecting continued activity by some of the groups responsible for the previous wave of piracy from 2005 to 2012. Local journalists have attributed the attack to a pirate group composed of members of the Majerteen/Siwaaqroon sub-clan, based in Puntland’s Bari region and led by pirate kingpin Abdinasir Aw-Kombe, who was behind the hijacking of the MT Black Velvet in the Gulf of Aden in November 2011. This was followed by claims from the NGO Oceans Beyond Piracy on 14 March that members of the Majerteen/Siwaaqroon sub-clan led by the pirate Jacfar Saciid Cabdulaahi were responsible. Given the clan connection it is possible the two groups are connected, though this is unconfirmed.

Although the incident marks the first successful attack against a large commercial vessel in the region since May 2012, the reduction is likely only the result of improved security on board ships and the deployment of international counter-piracy missions in the High Risk Area (HRA), rather than a complete removal of the piracy networks responsible. The continuation of suspicious approaches, failed attacks and hijackings of foreign fishing trawlers in the HRA underscores the latent nature of the threat since 2013. The most recent attempt was in October 2016, when six gunmen in a fast-moving skiff opened fire on the chemical tanker CPO Korea 330 nm off the Somali coast. The tanker’s embarked armed security team exchanged fire with the pirates and repelled the attack. The attempt, along with similar reports of suspicious approaches by skiffs and speedboats in the Gulf of Aden, underscore pirates’ intent to conduct attacks far out at sea. Meanwhile, smaller vessels, including dhows and foreign fishing vessels, have continued to be attacked off Somalia, with at least three foreign fishing trawlers hijacked in 2015, according to the United Nations Monitoring Group for Somalia.

The incidents are symptomatic of the underlying drivers of piracy in Somalia, which remain prevalent. Tensions over illegal fishing, the weak onshore security environment, and the lack of economic opportunities for young Somalis all serve to provide recruits and local support for pirate groups. Furthermore, the ongoing drought, which has brought the region close to famine, is likely to have intensified both support for and the motivation of pirate groups in coastal regions.

Despite the continuation of the drivers behind Somali piracy and the hijacking of the Aris 13, it is too early to determine whether the incident represents a resurgence in piracy in Somali waters, although the group behind the attack has issued a threat to mount further attacks against foreign vessels in the region. The incident is likely a result of local groups taking advantage of the increasing number of vessels failing to adhere to costly BMP4 measures, such as transiting the HRA at a minimum of 18 knots to make vessels as difficult as possible to board. Vessels are increasingly relaxing counter-piracy measures by sailing closer to the Somali coastline, travelling at lower speeds and not deploying armed guards in the HRA in the absence of major attacks. However, the attack itself and any further attacks could see shippers return to implementing preventive measures more diligently. The attack could also deter or slow a further drawdown of international naval forces in the region, which have so far played a major role in mitigating attacks, particularly as the Aris 13 hijacking comes only three months after NATO ended its Operation Ocean Shield against Somali pirates.