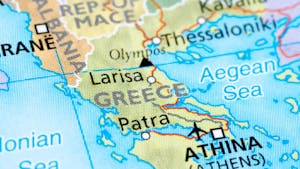 The SYRIZA government under President Alexis Tsipras has become increasingly unpopular amid slow economic recovery and a series of political compromises since it came to power in 2015. Notably, the government has approved unpopular EU-backed austerity measures and signed a controversial name agreement with North Macedonia in June 2018.

If his party wins a majority, New Democracy leader Kyriakos Mitsotakis has promised a series of business-friendly measures to accelerate the country’s economic recovery. Measures discussed include possible VAT decreases and tax relief in 2020. However, Mitsotakis has been careful not to threaten the public sector, which is considered a red line for many Greeks. In an interview he called for a reduction in state expenditures without threatening pensions.

The extent to which any New Democracy government will be able to introduce favourable regulations is unclear. Depending on the composition of the parliament, Mitsotakis might have a difficult time getting opponents to support his plans. SYRIZA and the Community Party are likely to strongly oppose any measures offering private businesses contracts at the expense of the public sector.

The vote is unlikely to see any major far-right surge as has been observed in other European countries. The far-right party Golden Dawn lost two seats in the EU vote and polls indicate that it will lose representation in parliament. Other right-wing parties were also unsuccessful in the elections. Right-wing Independent Greeks, headed by former defence minister Panos Kammenos, won 0.8 percent of the vote. However, the newly formed Greek Solution party got two seats in the EU elections, likely because of its opposition to the North Macedonia agreement.

However, there is little risk that the misuse of social media have a significant impact on public opinion during campaigning. Amid an environment of false reporting, Greek voters tend to treat any media reports with a strong degree of scepticism. The Oxford study found that only one third of Greeks trust the media they use.