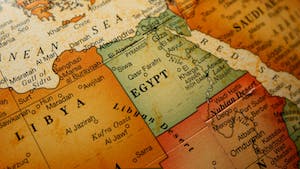 On 6 August, the IMF released the last tranche of a USD 12 bn loan to Egypt amid positive reviews of President Abdel Fatah el-Sisi’s handling of the economy. The loan was agreed in 2016 as part of an IMF-led reform programme designed to turn around an economy battered by five years of political turmoil and instability. Based on some key metrics, the government has succeeded: the country’s finances have stabilised with a reduction in public debt and the budget moving into surplus; inflation is beginning to trend down and employment is trending up; and the economy is growing at more than five percent a year. The investment bank JP Morgan recently stated that Egypt is “the best reform story in the Middle East [and] perhaps any emerging market.”

Getting the country’s finances in order, however, has come at a cost. The tools long used to create a safety net for the population are gradually being dismantled. Public sector job cuts and subsidy reductions may be essential for long term growth, but the government has done little to implement necessary alternatives to mitigate the effects of austerity. The savings from the su bsidy reduction programme have been spent on questionable prestige projects, such as the USD 8 bn Suez Canal expansion and the USD 45 bn new capital, rather than social spending, which has fallen as a percentage of GDP since 2016.

This all means that the ‘inclusive growth’ promised by the IMF has yet to materialise and some of the fundamental flaws that have constrained Egypt for decades persist. The poverty level in the country has risen since 2015, with the World Bank estimating 60 percent of the population is either poor or vulnerable. Inequality is also on the rise and the middle class has been squeezed. Wealth remains concentrated among a small politically connected elite and the military, which controls anywhere from five percent to more than half of the Egyptian economy.

Egypt has faced similar conditions in the recent past. In the first decade of the new millennium, President Hosni Mubarak was praised by international investors for his economic liberalisation programme. Yet despite positive economic reports, one of the most popular chants during the Egyptian revolution of 2011 was “bread, freedom and dignity.”

Mubarak-era reforms failed to address the real economic hardships facing many Egyptians. Between 1998 and 2012, the public sector, a key provider of jobs, shrunk by 16 percent, but the formal private sector only took in 4 percent of these laid-off workers. At the time of the revolution, the country’s poverty rate was estimated at 40 percent, and a substantial proportion of the population was dependent on subsidies.

Many of these indicators remain troubling or have even got worse. Since 2010, poverty has increased, perception of corruption has grown, and youth unemployment has risen from 24.4 percent in 2010 to 32.6 percent in 2018. The informal sector, where three quarters of workers earn less than the minimum wage, is still a primary means of employment and accounts for more than half of economic activity in the c ountry. Given that the working age population will grow by 20 percent by 2028, inadequate job creation is a key security issue and risk factor.

President Sisi has repeatedly urged Egyptians to embrace austerity for the good of the country, but there is compelling evidence that the measures are causing discontent. Most Egyptians have never supported Sisi’s reform programme, with a 2012 poll showing that more than three quarters of Egyptians wanted state control of the economy to protect jobs and subsidies during a difficult political transition.

More recently, other polls have shown that Egyptians are much more concerned about feeding themselves and their families than ideas of rebu ilding the country. The president is much less popular among Egyptians under 30, who make up more than 60 percent of the population and who were a key constituency in the revolution, than among the older generation.

These sentiments are unlikely to lead to widespread unrest in the short term. Sisi’s government has been even more repressive than Mubarak’s, embarking on a massive crackdown on dissent including targeting labour activism to an unprecedented level. This attack on speech and assembly, combined with the fresh memory of the real turmoil and violence experienced by the population in the immediate aftermath of the revolution, has led to a degree of political apathy.

However, despite the overwhelming use of state violence and repression, signs of dissent persist. A Cairo train crash in February in which 25 people died was instructive in this regard. Following the detention of a protestor who was holding a placard reading “Step down, Sisi” in Tahrir square in response to the crash, a social media campaign using the hashtag “Be assured, you’re not alone” to orchestrate minor acts of civil disobedience went viral, reaching an audience of more than 410 mn.

Small-scale demonstrations have also followed other major events, such as former president Mohammed Morsi’s death in June, the passage of constitutional amendments in April and the Egyptian handover of Red Sea islands to Saudi Arabia in June 2017.

While there is the potential for some improvement in con ditions for ordinary Egyptians if inflation continues to trend downwards and a recent interest rate cut stimulates private sector investment and job growth, discontent is likely to continue. The scars of the post-revolution period, and Sisi’s crackdown on dissent, make widespread unrest unlikely in the short term, but entrenched economic problems and structural challenges mean that Egypt will remain inherently unstable and may be subject to sporadic unrest.