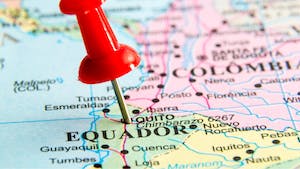 On 2 April, the Ecuadorean electorate will choose either Lenin Moreno or Guillermo Lasso as the next president, after neither candidate won an outright majority in the first round on 9 February. Although Moreno gained 11 percent more votes than Lasso in the first round and was less than one percent away from securing an outright first round victory, the supporters of several defeated candidates – including third place candidate Cynthia Viteri, who secured 16 percent of the first round – are now unifying around Lasso. A 23-24 February poll by Cedatos showed Lasso leading Moreno by a margin of 52 to 48 percent, and with such a slim margin fluctuations in voter intentions are likely in the weeks ahead.

If victorious, Lasso will face major hurdles in the legislature, where Moreno’s Alianza País (AP) has 74 of 137 seats in Congress, compared with the 34 seats won by Lasso’s Creo-SUMA alliance. Such a scenario could potentially see a return to political divisions and infighting that saw major political instability among successive presidents prior to the decade-long rule of President Correa.

Economic issues are at the forefront of campaigning by both candidates. Ecuador’s economy contracted by 1.7 percent in 2016 and the IMF has forecast only modest growth of 1.4 percent in 2017. Addressing both the economic slowdown – following average growth rates of 4 percent between 2006 and 2014 – as well as an increase in unemployment last year are priorities for the electorate.

Lenin Moreno is a close ally of President Correa and served as his vice president between 2007 and 2013. His campaign has centred on pledges to maintain the legacy of Correa’s social reforms and his election would likely see only moderate deviation from economic policies of the last ten years, maintaining the government’s central role in the economy and high levels of social expenditure. Moreno has said he would introduce tentative economic reforms, including lowering value added tax from 14 to 12 percent, removing tariffs and providing preferential loans for companies in strategic industries including oil and gas, mining, renewable energy, telecommunications and water. Beyond the economy, Moreno has indicated he could enact some reforms to the social policies of correísmo but he has been keen to ally himself closely with the outgoing president, who has made major inroads into addressing inequality and reducing the poverty rate by nearly half during his time in office.

Guillermo Lasso has pledged to adopt more market-oriented policies and tackle the large government deficit, linked to a doubling of social spending to 8.6 percent of GDP in 2016. Lasso’s campaign has centred on generating one million jobs through economic recovery, which he says would be achieved by attracting foreign investment and cutting 14 taxes, including eliminating the tax on currency outflows. Lasso has also pledged to restore independence to the central bank and remove import quotas as part of wider reforms, although some critics doubt the feasibility of his plans to address the government deficit.

Both candidates have also committed to diversify Ecuador’s international relations, which have long been centred on close cooperation with leftist regional allies Venezuela, Bolivia and Cuba. Moreno has said Ecuador’s foreign relations require ‘refreshing’, and that he would aim for strong bilateral relations with all countries, including the US. A Lasso presidency would also see the country attempt to improve long fraught relations with the US, beginning with the eviction of Wikileaks founder Julian Assange from the Ecuadorean embassy in London, where he was offered political asylum in 2012. Lasso would also pursue greater cooperation with recently emerged centre-right governments in the region including Brazil, Argentina and Peru. China will uphold significance, with Quito having borrowed USD 17 bn from Beijing since 2010. Ecuador defaulted on its debts in 2008 before returning to international debt markets in 2014, seeing Quito turn to Beijing for major loans.

The regulatory environment for the oil and gas industry is unlikely to undergo substantial changes under either candidate. Oil constitutes 50 percent of exports and 30 percent of government revenue, remaining critical to the economy despite the fall in prices since 2014. Both candidates have stressed the importance played by the oil sector to the economy, although they differ on certain issues. Moreno has pledged to continue construction of the Pacific Refinery in Manabi province, which has been marred by allegations of overspending and corruption, and requires some USD 13 bn in international financing for completion. Lasso meanwhile said he would launch an investigation into the project and use the land for other purposes. Notably, Lasso has also said he will not permit oil drilling in the Yasuni National Park, a protected nature reserve estimated to contain 40 percent of the country’s proven oil reserves. Moreno has yet to articulate his position on the issue, indicating he may continue with his party’s current policy of pursuing oil exploration in the areas around the park. Exploration in Yansuni is extremely controversial, with the area being home to several indigenous groups and one of the most diverse ecosystems in the world. Citing a lack of funding commitments, in 2013 the Correa government abandoned an unheralded USD 3.6 bn Yanuni – Ishpingo Tambococha-Tiputini (ITT) scheme backed by the UN in which international funding was sought to ensure the protection of the land against drilling. It is unclear what Lasso’s pledges would mean for international oil companies already granted exploration rights around the park.

Both Lasso and Moreno have pledged to make mining a key pillar of the economy. Mining investment is forecast by the Minergia Ecuador publication to reach USD 2.5 bn over the next two years, including development of the Fruta del Norte and Rio Blanco goldmines. Lasso has committed to eliminating the government’s controversial 70 percent windfall tax on mining profits, which led Kinross Gold to abandon its development of the Fruta del Norte mine in 2013. Moreno has expressed his commitment to maintaining the tax rate. Both candidates have stressed the importance of environmental factors when considering mining projects to assure concerned voters. Lasso has said he will prohibit mining below 2,800 metres underground, while Moreno has vowed to prohibit mining in areas that could impact water sources. Lasso has also pledged to ensure prior consultation with communities where mining activities will be carried out, which is enshrined in the constitution but has been frequently criticised by indigenous communities for inadequate enforcement.

Key determinants of the final outcome

Any developments in the Odebrecht and Petroecuador corruption scandals over the coming month could be key to determining the ultimate winner of the election. Moreno’s choice of Jorge Glas as his vice president threatens to weaken his campaign, as Glas has been accused by former oil minister Carlos Pareja of overseeing a graft operation at Petroecuador which led 10 officials to be sentenced for bribery and money laundering in February. Moreno’s Alianza País (AP) party has also been tainted by revelations that Brazilian engineering company Odebrecht paid senior officials USD 35.5 mn in bribes to secure contracts, and Moreno himself has been criticised for huge expenses as special envoy for people with disabilities at the UN. Corruption has become a major issue for voters and the emergence of further reports that implicate AP politicians perceived as close to Moreno could deal a major blow to his popularity. Lasso has made eradicating corruption a tenet of his campaign but would equally suffer if linked to any scandals as the election approaches.

The position of key stakeholders in the electorate could also steer the vote. The candidate who gains the backing of the Confederation of Indigenous Nationalities of Ecuador (CONAIE) could gain an important electoral advantage. CONAIE is an umbrella group of indigenous organisations, in a country where the indigenous population is estimated at seven percent, and is an important political actor. Undecided on which candidate to support, the confederation has submitted the final decision to a vote by members but unanimous backing of either individual is not guaranteed. In a blow to Moreno, on 7 March, two large unions urged their members not to vote for the AP. Although publicly stating that they did not endorse Lasso, the loss of support from the Ceols and FUT union groups threatens to weaken support among workers’ groups. Nevertheless, Moreno does continue to have the support of several large unions, and workers’ groups are likely to remain an influential voice ahead of the vote.