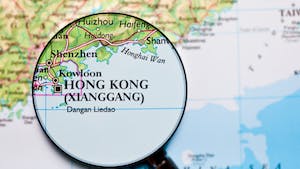 Although unlikely, if the Chinese government takes over the administration of Hong Kong following prolonged unrest, businesses in the city are likely to be affected in several ways:

Changes to status as autonomous jurisdiction from China
Chinese intervention could see foreign powers change their policies, threatening Hong Kong’s status as an autonomous jurisdiction from China. Foreign governments, especially the US, could suspend the preferential status afforded to Hong Kong, which would undermine investor confidence in the maintenance of the rule of law in the territory. Revoking this status would see Hong Kong treated like the rest of China, which would affect export controls and how the financial industry operates.

The US House of Representatives passed a bipartisan bill on 15 October that would require the US executive branch to conduct annual reviews of Hong Kong’s special privileges, including those related to trade and business. If passed through the senate and signed into law by US President Donald Trump, this would lead to periodic uncertainty over the business environment in Hong Kong, especially during times of heightened political tensions, such as now.

The bill could also see the imposition of sanctions on individuals considered responsible for “undermining basic freedoms in Hong Kong”. In addition, it raises the prospect of export controls, which would restrict the flow of sensitive technology into Hong Kong due to concerns that it could be accessed by the Chinese authorities.

Escalation of vandalism targeting private commercial interests
An intervention in Hong Kong by the Chinese government could lead to further escalation of looting and violence targeting commercial assets. Chinese-owned and Chinese-linked businesses or companies perceived as pro-government face a comparatively greater risk of vandalism. However, there is also a growing threat of violence targeting business entities perceived as supportive of the pro-democracy movement.

Risk of regulatory targeting, influence from Beijing
Companies will be more exposed to regulatory targeting if they are viewed as complicit in supporting Hong Kong protest activities by mainland Chinese authorities, such as being included in Beijing’s “unreliable entity list”. The government is likely to apply more pressure on companies based in Hong Kong to declare support for China’s sovereignty over the territory, especially those that also have business operations in mainland China.

Tariffs, flashpoint in US-China trade tensions
If the Chinese government takes control of Hong Kong’s economic autonomy to establish direct trade relations with other markets, the likelihood that the territory could become subject to US tariffs on goods would increase. The imposition of tariffs on physical goods originating from Hong Kong could result in reduced trade between Hong Kong and the US. Moreover, Hong Kong could become a flashpoint in trade tensions between the US and China. Any major Chinese intervention in Hong Kong would complicate ongoing trade talks.

Indicators of impact on business environment

If Beijing was to directly intervene in Hong Kong, a major indicator of a downturn in the territory’s business environment would be a decline in the autonomy of the Hong Kong Special Administrative Region government. Continuing administrative instability and civil unrest would also signify the breakdown of the rule of law and fragility of the business environment, further undermining investor confidence.

In contrast, moves to resolve the current unrest which gained popular support amongst Hong Kong’s citizenry would suggest an improving business environment, likely leading to a sustained recovery in business confidence.