Unrest unlikely to pressure Pashinyan out of office in near term 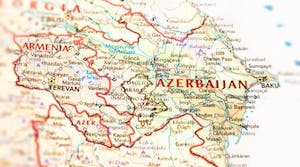 Prime Minister Nikol Pashinyan signed a Moscow-brokered ceasefire agreement on 9 November, ending a six-week conflict with Azerbaijan over control of the Nagorno-Karabakh enclave. The fighting is estimated to have killed more than 2,000 soldiers and civilians on both sides. The ceasefire resulted in Azerbaijan retaking much of Nagorno-Karabakh, including the region’s second largest city of Shusha, and surrounding districts.

Outrage at the ceasefire in Armenia sparked calls for Pashinyan to leave office, as many Armenians regarded Nagorno-Karabakh as their historical and cultural homeland. Since 9 November, thousands of protesters have taken to the streets in the capital and other major cities demanding Pashinyan’s resignation. Opposition parties accuse Pashinyan of unnecessarily capitulating to Azerbaijan and are pressuring the government to oust him through a vote of no-confidence. Several government ministers have resigned, including the foreign and defence ministers, and others have denounced the prime minister, including President Armen Sakisian. However, Pashinyan has rejected calls to resign.

Anti-government protests are likely too small to force Pashinyan to resign. Unrest has previously led to a change of government in Armenia. Hundreds of thousands of people participated in protests during the 2018 Velvet Revolution, leading to the ousting of the government of Serzh Sarkisian. However, protests have attracted around 20,000 people in Yerevan at most, with smaller protests elsewhere, despite the authorities lifting restrictions on public rallies nationwide.

Support for the opposition movement has also been undermined by their willingness to use violence. Security forces arrested opposition leader Artur Vanetsian on 15 November for allegedly plotting to overthrow the government and assassinate Pashinyan. While incidents of violence from protesters occurred on 10 November, when demonstrators in Yerevan stormed government buildings and injured parliament speaker Ararat Mirzoyan, they have since been rare and largely isolated to the capital.

Pashinyan has enough parliamentary support to avoid any vote of no-confidence being successful. A no-confidence motion would require 67 votes in parliament to pass. Pashinyan’s faction has 88 seats in the 132-seat house. Despite internal criticism, Pashinyan has replaced resigned ministers with long-standing political allies, strengthening his position. Other key figures have urged Armenians to remain united behind Pashinyan, including leader of Karabakh, Arayik Harutyunyan. However, any increase of public support for opposition demands in the coming months could increase the chances of a successful no-confidence vote.

The Nagorno-Karabakh conflict is highly likely to contribute to deteriorating economic conditions in Armenia, increasing public anger towards Pashinyan. Before the fighting, one-third of the population lived in poverty. The arrival of refugees and a shortage of employment opportunities will worsen this situation. The COVID-19 pandemic will further increase unemployment and strain the country’s economy. As a result, Armenia predicts a GDP contraction of 6.4 percent this year.

However, the ceasefire deal secured an end to Azerbaijan’s economic blockade. This will open Armenian trade with Turkey, which provides a key regional market. Though a refugee crisis may pressure the Armenian economy, international humanitarian aid will lighten this pressure. While the strained economic conditions will add significantly to the pressures facing Pashinyan, they are unlikely to strengthen opposition support enough to force him from office.