How a single law is attempting to make the entire internet safer. 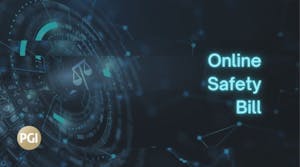 The internet is a broadly unregulated environment separated into private spheres that have varying levels of controls on content and behaviour. The Online Safety Bill introduced into the UK House of Commons a few weeks ago is an attempt to shift that regulatory responsibility into the hands of the public. As opinions trickle in, an important one has been a scathing report from the Institute of Economic Affairs (IEA), which was then picked up by hard-right MPs, such as David Frost. The conservative IEA’s criticisms of the government’s own bill revolve around concerns over freedom of expression, privacy, and stifling innovation.

It is important to preface this discussion by emphasising the strange position the internet has been in since its widespread adoption by much of the world. Unlike physical industries where the effects of under regulation tended to cause physical problems and dangers, the true effects of internet usage are only really beginning to be understood. For years, governments have demanded increased social responsibilities from platforms but have failed to provide legal guidance; resulting in a confusing and inconsistent array of policies developed without the democratic accountability that comes with government regulation. This bill is one of the first in the world to significantly introduce this democratic component into the regulation of the internet, and will hopefully provide both guidance to private companies and a sense of accountability for internet users concerned about their online safety.

With that said, the report’s main freedom of expression argument is over hypothetical situations where “too much” content is removed and how that would place a heavy workload on companies to police their platforms. Oddly, the report fails to mention that a vast majority of companies will likely not fall within the scope of this bill; and of those that do, even fewer would likely have social integration as their main business component. The reliance on hypothetical ‘bad-faith actors’ who would abuse reporting mechanisms belies the fact that these are questions of execution, not questions of inherent problems within the bill itself. The execution of this bill will be largely controlled by Ofcom, an experienced digital regulator that answers to the democratically elected government. If there are concerns over freedom of speech on the internet, it should be applauded that these conversations are taking place in the public sphere rather than thousands of isolated private ones.

The report’s privacy concerns are similarly almost all questions of execution. As it stands, many of the bill’s requirements around privacy are commensurate with the relative risk of the content the user may be exposed to on a particular site. A site that simply shares news articles will have vastly reduced requirements around privacy versus sites that provide platforms for users to communicate with one another. The fundamental logic behind this is sound- if a company decides that a core offering must be based in user-to-user connections, it stands to reason that it should be expected to maintain the higher standards of privacy and safety.

Which leads us to the third point the report makes: concerns around innovation. This is a traditional conservative critique of regulation across nearly every industry, and one that almost always leads to a question of “what are we willing to accept as a society?” Personally, if a company is preparing to introduce a new product or service, I am perfectly happy for this bill to make the company stop and think about whether it will run afoul of the basic safety rules this bill represents. I’m also of the mind that companies will be perfectly capable of working within the rules and still provide quality products and services as countless industries have already done.

So where does this leave us? For conservative MPs, it is a constant struggle between enforcing relatively conservative (see, restrictive) rules online and a fundamental distrust of regulation as a concept (especially if the content regulated leans conservative in a liberal cultural space). For liberal MPs it’s likely the opposite: a pull between freedom of expression and fundamental distrust of private interest upholding public good. Regardless of political ideology, the bill represents a significant shift in the way the public and the government view the internet: not as a lawless frontier but as a universally adopted public good that must therefore be regulated like a public good. While the details of the bill must be ironed out, that’s now the job of the public to influence that process, and that is a step in the right direction.