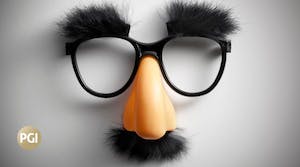 In March 2022, UK defence secretary Ben Wallace fell victim to a prank call by infamous pro-Kremlin ‘pranksters’, Vladimir Kuznetsov and Alexei Stolyarov (better known as Vovan and Lexus). Vovan, posing as Ukrainian prime minister Denys Shmyhal, quizzed Wallace for a full 15 minutes on subjects ranging from Britain’s stance on Ukraine’s potential membership of NATO, the logistical problems the UK is having in getting weapons to Ukraine, and even Ukraine’s alleged (read: non-existent) bid to acquire nuclear weapons. The call wasn’t particularly explosive, but it does raise important questions about the security of official government comms.

Vovan and Lexus have a pretty impressive back catalogue of victims. They have ‘pranked’ Turkey’s president Recep Tayyip Erdogan, members of the US House of Representatives, and the Danish Parliament. Indeed, the number of times the duo have managed to get through to high-profile politicians and world leaders—as well as the fact that their targets are almost always opponents of the Putin regime—has led many to conclude they must have help from Russia’s FSB security service.

The pranksters deny this, of course, and there is no available evidence to prove the connection. In some ways, the question is moot. Whether they are or aren’t, by undermining its adversaries and promoting its propaganda and disinformation (e.g. by amplifying Ukraine’s non-existent nuclear ambitions), the duo still serve to advance the Kremlin’s strategic interests. They’re not particularly funny—their greatest hits include mocking Elton John for supporting LGBTQ+ rights—but that didn’t stop Russian state media featuring them over 400 times in 2017 alone.

Vovan and Lexus highlight the phenomenon of so-called “hahaganda” (or Russia’s “modus trollerandi”)—the deployment of ridicule and sarcasm against political opponents—which is a core, though perhaps underappreciated, component of Russia’s disinformation and propaganda ecosystem. You only need to scroll through the Russian Embassy in the UK’s Twitter account to see examples. Yes, it’s not terribly sophisticated, but masking disinformation and propaganda as ‘humour’ can be a very effective way for Russia to spread its strategic messaging, especially to non-political audiences. It’s also very hard to defend against, since if you object, you are liable to be accused of lacking a sense of humour or being too politically correct. And if pranksters like Vovan and Lexus can coax some secret intel out of their victims in the process, that’s a bonus.