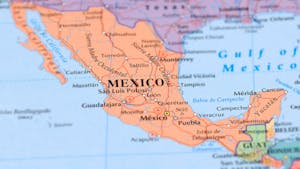 Mexican President Andres Manuel Lopez Obrador’s initiative to reduce widespread fuel is likely to have only a limited impact. The dynamics of the fuel theft market and high costs of fuel transport mean key parts of the plan are unsustainable.

In January, President Andres Manuel Lopez Obrador implemented a plan to curb endemic levels of fuel theft, which costs Mexico about USD 3 bn in 2018. The plan includes removing corrupt workers at national oil company Pemex who cooperate with fuel theft gangs. To do this, Obrador placed several Pemex refineries under military control and reinforced security along the country’s pipelines. The president also temporarily ordered fuel from refineries to be shipped by tanker trucks, though pipeline transportation has progressively resumed since late February.

Although Obrador announced the volume of fuel stolen from Mexico’s pipelines had fallen 95 percent three months after his plan took effect, progress in curbing fuel theft is likely more limited than claimed:

1) Gangs’ modus operandi: Because fuel theft gangs largely target pipelines, the decrease in volumes stolen mainly reflects the extended closure of Mexico’s major pipelines. Underscoring this, the installation of illegal taps has increased by 7 percent to 5,454 in the same period. This indicates criminal groups remain active and volumes of stolen fuel are likely to increase as pipeline transportation is fully restored.

2) Logistical costs: Major fuel theft gangs do not target tanker trucks, despite large numbers of inner and intercity fuel transported by road. Overall, transporting fuel by road has proven safer than via pipeline, as official date indicates no increase in truck robberies since the implementation of the plan. This is partially due to higher security presence on roads compared to pipelines. However, transporting fuel by truck is likely unsustainable in the long-term given the costs are extremely high compared to pipelines. Furthermore, gangs, particularly those involved with drug trafficking, have adapted to previous crackdowns in the past and are likely to adapt to the new dynamics and target trucks in the future.

4) Decreased dependency: Fuel theft gangs have acquired robust economies of scale, including engineering and pipeline technical expertise, and are less dependent on corrupt Pemex employees for technical support on illegal taps. Gangs will likely continue to target pipelines despite having less knowledge over the schedule of fuel transportation via pipelines following the crackdown at Pemex.

Obrador’s plan is also likely to increase the risk of both violence and accidents such as the explosion caused by suspected fuel thieves in January that killed more than 80 people in January.

Increased violence: Pipeline fuel theft is largely a non-violent crime. The crime tends to take place in less populated areas and clashes with security forces are rare. However, increasing security presence along the pipelines may increase the risk of armed conflict between criminals and security forces.

Increased risk of accidents: Despite intermittent media coverage of fatal accidents, most fuel theft crime is conducted without major incident. However, accidents will become more likely if criminal groups have less access to technical support and intelligence from Pemex staff.