Extractives sector: Achieving net-zero; what are our competitors doing? 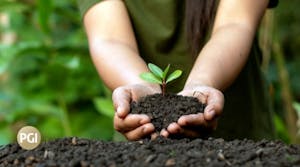 Extractives sector: Achieving net-zero; what are our competitors doing?

PGI offers our geopolitical expertise to support organisations operating in either a particular geography or within a sector specific focus. In a four-part series, we explore the risks and challenges facing the extraction sector.

Amid growing pressure to end fossil fuel extraction and achieve net-zero emissions, this final piece monitors target competitors’ activities towards achieving these goals. This includes developments related to the transition to greener energy as well as ESG developments. The monitoring period for this section is one month, from late July to late August, and includes BP and Total to allow for a like-for-like comparison.

The above heatmap summarises the developments of BP and TotalEnergies during the one-month monitoring period. It shows that BP has been more active overall in both “saying” and “doing” for its sustainability commitments, but particularly active in “saying”. BP has mainly achieved this through self-published content such as on its Twitter page or website. Both companies announced partnerships focused on facilitating green energy transitions, while neither company announced any recruitment developments to further their respective ESG targets.