The evolving use of social media by militant Islamist groups 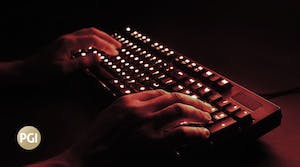 The evolving use of social media by militant Islamist groups

Militant Islamist organisations have always manipulated the media, whether to publicise their cause, spread their ideology and aims, or recruit new members. However, the rise of social media has provided new opportunities for terrorists to communicate and collaborate. This has fundamentally changed the way militant Islamists collaborate with the wider public and their supporters.

Prior to 9/11, the internet already played a significant role in the processes of radicalisation, recruitment, and execution of terrorist attacks; mainly through chatrooms, emails, and online magazines. Used to promote a sense of community and open communication, these early social media platforms played an important role in empowering organisations such as Al Qaeda. Abdallah Azzam, Palestinian scholar and mentor of Osama bin Laden, led the mobilisation of foreign fighters in Afghanistan and advocated that the mujahideen prioritise publicising jihad in the Muslim world.

Twenty years on from the 9/11 attacks, social media is not just important to militant Islamist movements, but intrinsic to their survival and growth. Social media has given these organisations the ability to reach a far wider base of both members and potential new recruits. And it has allowed these groups to communicate directly with governments and members of the public, spreading fear and propaganda while bypassing the gatekeepers of traditional media.

Militant Islamists were also quick to exploit privacy and security features of mainstream encrypted messaging services. Where they were once using password-protected forums, they now routinely use Telegram or WhatsApp to coordinate attacks, indoctrinate recruits and maintain their networks. Attempts at moderation by social media companies to disrupt terrorist networks have prompted groups to experiment with both established and new platforms, including Hoop Messenger and TamTam.

The interconnectivity social media provides in modern society has created space for terrorists and their organisations to interact more easily regardless of distance or location. Before 9/11, militant Islamist recruitment tools included online chat sessions, email distribution lists, CDs, DVDs and, often, video recordings of suicide attacks from across the world. Groups shared these widely to demonstrate the commitment—and supposed bravery—terrorists had to their cause. In the past decade, social media has brought more opportunity and ease of access to new members of these organisations, giving them place at the table alongside ground operatives by ensuring information warfare is an established and respected form of jihad.

Groups such as Islamic State publish motivational literature encouraging supporters to take part in ‘media jihad’. The move not only illustrates the importance of a concerted media strategy to the group, but highlights how individual, rank and file, members and supporters can now play a critical part in the group’s operations online without needing to be physically present on the battlefield.

Islamic State also makes an effort to assert that “verbal jihad is more important than jihad of the sword” in some circumstances. The idea that new volunteers can attain the same, if not greater, rewards while taking much lower risks is key to Islamic State’s outreach strategy; perhaps also a more sustainable recruitment tactic which results in consistent engagement from its international supporters.

This active yet low-risk version of jihad has proven to be a powerful weapon for these organisations, and equally appealing for many young recruits across the world. In terms of logistics, it enables the groups to empower its existing base of supporters with minimal effort, while also attracting many new members with promises of theological and emotional rewards. Often, militant Islamist echo chambers on social media create a false sense of grandeur, confidence and hope in new volunteers; the ultimate objective being to lure them in with the promise that they would contribute to the broader movement of jihad, just as much as the armed gunmen working in-person.

Framing jihad as being a crucial yet low-risk part of the information war these organisations are fighting is an effective way of enticing new supporters to propagandise on their behalf. On their own, neither the offline nor online militant Islamist communities are sufficient to make young people from across the world decide to join a terrorist organisation. But social media bridges the offline and online militant Islamist communities in a way that reinforces a deep sense of belonging and stable identity, sought by many new extremists or terrorists.

Following 9/11, the success of militant Islamist organisations such as Islamic State and Al-Qaeda has been rooted in their ability to navigate the global war on ideas. Quick to embrace modern technology, these groups have employed a range of media technologies as their internet and multimedia recruitment campaigns continue to grow. Combined with geographical presence, terrorist exploitation of social media has meant that twenty years after the 9/11 attacks, militant Islamist movements appear to be stronger than ever before.

PGI has tracked this evolution of militant Islamism online since the early days of IS. We have covered how the group and its affiliates in sub-Saharan Africa, South Asia and Southeast Asia have adapted to crackdowns and concerted moderation efforts by major tech platforms. We have kept pace with these groups as they migrate to more obscure platforms or exploit loopholes in existing policies.

While militant Islamist groups have been less able to openly promote their ideology and recruit on mainstream social media sites in the past three years, they are loathe to abandon them entirely. Their refusal to move their operations into the shadows indicates their understanding that these sites help to keep their presence alive in the minds of journalists, policymakers and the wider public.

PGI’s Social Media Intelligence team work with both public and private sector entities to help them understand how social media can affect their operations. From high level assessments of the risks of disinformation to electoral integrity in central Africa to deep dives into specific state-sponsored activity in eastern Europe we have applied our in-house capability globally. Contact us to talk about your requirements: intel@pgitl.com or +44 (0) 845 600 4403.