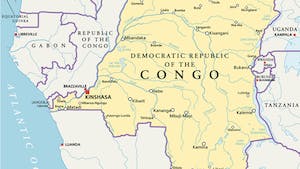 The 30 December elections marked a turning point in Congolese politics after President Joseph Kabila’s 18-year rule. In power since 2001, Kabila agreed to step down from office in 2018 after delaying general elections twice since December 2016, when his second mandate was due to end. The delays triggered waves of violent unrest nationwide in 2017 and 2018, as well as leading to diplomatic tensions between the DRC and the West. The three main contenders in the 30 December elections were Kabila’s designated successor, Emmanuel Ramazani Shadary and two opposition candidates Martin Fayulu and Felix Tshisekedi, whose running mate is former Kabila ally Vital Kamerhe.

Felix Tshisekedi’s provisional victory in the disputed 30 December presidential poll raises the prospect of Kabila retaining significant influence over the new government. On 10 January, the Independent National Electoral Commission (CENI) declared Tshisekedi the winner of the presidential poll with 38.57 percent of the vote, ahead of rival opposition leader Martin Fayulu, who secured 34.83 percent, and ruling coalition candidate Emmanuel Shadary who received 23.84 percent of the vote. CENI also announced partial results of the legislative election, which saw the pro-Kabila coalition, the Communal Front for Congo (FCC), claim to have secured 350 of 500 seats in the National Assembly. CENI did not disclose the party affiliation of the winners.

Tshisekedi’s victory is likely the result of an unofficial deal with Kabila rather than the outcome of a legitimate election. Kabila reportedly held talks with Tshisekedi to relinquish the presidency in exchange for an FCC parliamentary majority as it became clear that his favoured candidate, Shadary, would not win. After decades in offices, Kabila is seeking to protect his influence, which includes a vast patronage network that extends to relatives and allies. Tshisekedi, in turn, would not have held an influential position in a Fayulu-led government, which would have prominently featured long-time Kabila-opponents Jean-Pierre Bemba and Moise Katumbi.

International and local observers have said CENI’s results are implausible and marred with irregularities, further supporting reports that the result is the outcome of negotiations between Kabila and Tshisekedi. The influential Catholic National Episcopal Conference of Congo (CENCO) deployed 40,000 election observers and concluded Fayulu was the clear winner, in line with pre-election polls, according to Reuters, the New York Times and the Financial Times. The discrepancy has also led the French, Belgian and US governments to question the results.

The contested and unexpected result increases the likelihood of unrest in the coming weeks, as illustrated by violent protests in Kikwit and Kisangani. However, mass, nationwide protests are unlikely. The Constitutional Court ruling on Fayulu’s legal challenge is set to spur further isolated protests in his strongholds in Bandundu and North Kivu provinces. However, assuming Kabila leaves office, the election of opposition leader Tshisekedi is likely to reduce the risk of widespread mass unrest after years of violent protests calling for political change.

Kabila’s strong influence over the Congolese judiciary will presumably prevent Fayulu from successfully contesting the election results in court. Fayulu could seek to organise protests and mobilise international pressure on the government but Tshisekedi’s victory has divided an already fractured opposition, diminishing its ability to organise mass unrest. The international community is also unlikely to support Fayulu’s bid given Kabila’s departure and the election of an opposition candidate being viewed as a significant achievement, regardless of electoral fraud allegations.

While Tshisekedi will likely assume the presidency, his power will be limited by an FCC-controlled parliament, which will result in regulatory and policy continuity in the DRC. In this scenario, the Kabila-controlled FCC will set the legislative agenda. The prime minister, appointed from within the FCC ranks, will also need to approve the appointment of all high-ranking officials, including personnel at state-owned enterprises. Kabila is also expected to retain his influence over the armed forces and has refused to rule out running in the 2023 election, signaling he is likely to remain an influential political figure for the foreseeable future.