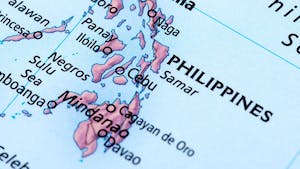 The Philippine foreign ministry announced on 8 February that Manila and Washington will meet in the coming weeks to renegotiate a Visiting Forces Agreement (VFA). The VFA, which took effect in 1999, exempts US troops from visa requirements, ensures free movement for its military aircraft and vessels, and establishes procedures for American service members facing charges in the Philippines.

The agreement – established to reaffirm and support the implementation of the 1951 Mutual Defense Treaty (MDT) – resurrected defence ties with Washington after Manila forced US troops to leave the Philippines in 1992. This resumption of cooperation followed an escalation of tensions in the South China Sea in 1995 after China occupied Mischief Reef, which the Philippines also claims as its territory.

President Rodrigo Duterte has pursued closer relations with China and repeatedly threatened to reduce military ties with the US since taking office in 2016, mainly due to US criticism of his aggressive counter-narcotics policy. Manila notified Washington in February 2020 that it was terminating the VFA in retaliation for the US revoking the visa of a former police chief who led Duterte’s drugs war. The threat is aimed at pressuring the US into withholding criticism of Duterte’s drug policy and reflects concerns over sanctions by Washington against presidential allies on human rights grounds.

The tensions with Washington also reflect Duterte’s recognition of domestic concerns that the VFA undermines sovereignty, as seen in 2006 when the US retained custody of a marine convicted of sexual assault, despite a judicial order that he be imprisoned in the Philippines. The US military in the Philippines has historically been criticised by local media for failing to appropriately punish American personnel convicted of serious crimes, and for damaging the environment near military installations.

The Philippine foreign ministry has declined to elaborate on the terms of a potential agreement. Manila will likely seek to review and amend provisions of the VFA as part of a wider reassessment of the MDT, based on previous statements by the foreign and defence secretaries. These amendments are likely to include changes to the VFA that are similar to those contained in the Philippines’ VFA with Australia, which grants courts in the country more power to prosecute Australian military personnel, and has a section dedicated to environmental protection that is not included in the US VFA.

The new US administration led by President Joe Biden and Democratic-controlled Congress could, however, take a tougher line on Manila over human rights issues. Democratic Congresswoman Susan Wild introduced the Philippine Human Rights Act in September 2020, which would suspend all US assistance to the Philippines’ security personnel until human rights reforms are enacted and violators are held accountable.

While Congress was unable to pass the legislation in part due to time constraints before its term ended in January, it highlights potential human rights criticisms that could hamper efforts to renegotiate the VFA. Manila is more likely to terminate the VFA if Washington threatens further sanctions on Duterte’s government for alleged human rights violations.

Implications of terminating the Philippines/US VFA

The termination of the VFA would significantly impact military cooperation between the Philippines and the US until at least the end of Duterte’s term in June 2022. The move to cancel the VFA has previously been heavily criticised by domestic politicians, who claim it will harm national security and bilateral relations.

Manila’s ability to combat domestic insurgencies, especially the Islamist insurgency in Mindanao and the Sulu Archipelago, will likely decline if American troops withdraw because of the intelligence and training US forces provide under the VFA. Cancelling the VFA would also threaten other bilateral military agreements, such as the 2014 Enhanced Defense Cooperation Agreement, given that the US is unlikely to deploy troops for long periods without guarantees that they would not face prosecution in the Philippines.

Manila may look to strengthen ties with non-traditional allies such as Russia to compensate, but neither Moscow nor any other government is likely to provide as much support as the US. Manila is less likely to look to China for security cooperation because of widespread mistrust of Beijing in the Philippines. This was highlighted earlier in February when Manila filed a diplomatic protest over China’s passing of a law allowing its coastguard to open fire on foreign vessels in Chinese-claimed waters.

China will, however, likely exploit deteriorating relations between the US and the Philippines to improve economic ties with the Philippines. Beijing will also become increasingly assertive in the South China Sea, mainly around the Paracel Islands and Scarborough Shoal, if the VFA is cancelled. This may increase the risk of unintentional clashes as US vessels will continue to have a presence in contested waters, given Washington’s alliances with other Southeast Asian countries, such as Malaysia and Vietnam.