Prospect of political agreement uncertain ahead of talks in Berlin 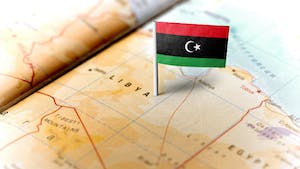 Libya – Prospect of political agreement uncertain ahead of talks in Berlin

Talks in Berlin on 19 January aim to halt escalating international involvement in Libya and establish conditions for peace negotiations. The talks are expected to involve the UN, US , Russia, UK, France, China, Turkey and Italy. The negotiations come amid intermittent fighting between the self-styled Libyan National Army (LNA) and Tripoli-based Government of National Accord (GNA) forces since the start of an LNA advance in April 2019.

The US Secretary of State Mike Pompeo has said that Washington is looking to address three key issues in Berlin:

There is a limited prospect of securing any consensus on the more lasting issues. The ability to secure deals on these agreements will depend in part on what compromises the two sides are willing to make. It will also depend on international pressure and incentives offered to the LNA and GNA.

The Berlin talks are likely to secure ceasefire agreements by the GNA and LNA to halt hostilit ies, though the long-term prospect of a cessation in fighting is unclear. Both sides have been previously receptive to ceasefire deals. Although 14 January Moscow talks did not result in a ceasefire after LNA leader Khalifa Haftar walked out, he later agreed to comply with a 11 January ceasefire agreement following talks with German Foreign Minister Heiko Mass. The involvement of so many countries in the Berlin talks may mean that there is significant pressure on both sides to agree to halt fighting.

The success of any long-term cessation in fighting will depend on a lasting political agreement between the LNA and GNA. Previous international efforts to secure ceasefires have broken down due to irreconcilable goals. A May 2019 ceasefire failed after the GNA rejected any halt in fighting without confirmation of an LNA withdrawal. The LNA also rejected the ceasefire, choosing to continue an offensive to c apture Tripoli.

Prospect of a political deal

A lasting agreement in Libya is likely to only be signed in part. The Berlin talks aim to follow a UN roadmap to unite Libya economically, militarily and politically. For a successful deal, the LNA and GNA must agree to joint control over key institutions such as the Central Bank of Libya and the National Oil Corporation as well as to the formation of a caretaker government to oversee elections and military unification.

Military unification is a major barrier to any deal. LNA leader Khalifa Haftar has previously taken an uncompromising stance which may hinder future agreements. He has repeatedly insisted on LNA dominance in any future military, and his demands for the disbanding of GNA forces during the Moscow talks indicates little willingness to change.

A political agreement between the two adversaries also presents a major obstacle to any deal being reached. The UN plan includes a joint committee of 14 political figures from each side to form a government and prepare for elections. The LNA may be unwilling to agree on a balanced committee as they currently control large areas of eastern and southern Libyan territory. Furthermore, the GNA will be reluctant to hand over any authority in Tripoli to the LNA. Repeated attempts to resolve the political dispute in recent years have proved unsuccessful. A tentative February 2019 agreement to hold elections after talks in Abu Dhabi failed after an escalation in fighting.

Berlin talks are unlikely to secure a full halt on foreign military interference, though countries backing the GNA and LNA may reach a limited agreement on halting further involvement. The talks aim to address this by securing international consensus to adhere to a UN arms embargo on Libya.

There has been increasing international support for both factions in recent weeks. Ankara said they would deploy forces to Libya to support the GNA following a Turkish parliamentary agreement on 2 January. Al-Araby Al-Jadeed reported that the UAE and Egypt delivered military reinforcements to Haftar’s forces in December 2019. The support of foreign forces and delivery of military supplies reduces the incentives for either the LNA or GNA to agree to a deal and increases the likelihood of further international involvement.

Libya presents a key strategic opportunity for Turkey. The country is likely to seek significant guarantees of GNA influence in any political agreement before agreeing to scale back involvement. Ankara has used its links with Tripoli to enforce its territorial claim in the Mediterranean, agreeing to a controversial maritime border deal with the GNA in December. The maritime agreement presents an additional threat to talks. Athens has threatened to use an EU veto to block any peace agreement unless it includes a scrapping of the December maritime deal between the GNA and Ankara.

Egypt and the UAE are unlikely to agree to any deal that sees the LNA concede to the GNA. Both countries oppose Turkish influence in Libya and Egypt has repeatedly stated its refusal of having a Turkish-backed government on its western border.

If states reach an initial agreement on halting further involvement, it is possible that this may lead to future negotiations with more significant results. Though, any such negotiations would require all international parties to respect an embargo and would require a continued ceasefire.