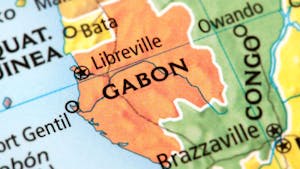 Gabon experienced months of political uncertainty after President Ali Bongo Ondimba, in power since 2009, suffered a stroke in October 2018. He returned to Libreville in March after spending months on medical leave in Morocco.

In the first months after the stroke, the opposition challenged Bongo’s ability to rule and demanded proof he was still alive, underscoring the lack transparency over the president’s health. An attempted coup by army officers in January was quickly quashed but illustrated growing instability linked to uncertainty over Bongo’s prolonged absence and health.

Recent videos of Bongo suggest he has not fully recovered despite his return to the country, raising concerns over his capacity to rule.

Bongo has consolidated authority since his stroke, in a likely attempt to reduce the threat of instability. He oversaw a cabinet reshuffle during a brief return to Libreville in January and made several changes aimed at narrowing his inner circle and tackling internal divisions.

The risk of future instability will depend on the extent and timeline of Bongo’s recovery. While Bongo has returned to Libreville, he still appears unable to fully resume his presidential role. Government sources said in February that doctors believe he will need at least six months to recover. September, which marks the resumption of political and business activities following the summer, could mark a turning point in Gabon’s political stability if Bongo remains incapacitated.

Further instability is unlikely if Bongo resumes his duties by September.

Bongo faces limited external threats to his rule. The ruling Gabonese Democratic Party (PDG) secured a strong parliamentary majority in the October 2018 elections. The divided opposition has been unable to capitalise on the uncertainty caused by Bongo’s medical absence and appears unable to mobilise large-scale anti-government unrest.

Bongo retains strong control over key institutions, including parliament and the constitutional court, which will preserve his influence even during a prolonged convalescence. Bongo’s absence from government duties will slow policy making but is unlikely to result in any major political changes. Only constitutional court head Marie Madelaine Mborantsuo has the power to investigate Bongo’s capacity to rule. However, Mborantsuo has strong ties to Bongo and is unlikely to order an investigation which could see him deposed, unless public pressure increases drastically. On 5 May, the Gabonese high court rejected a request by opposition figures to investigate Bongo’s ability to rule.

Scenario 2: Bongo does not recover by September

If Bongo does not recover by September, the risk of civil unrest will increase along with opposition pressure to hold elections. This risk will be offset if the government successfully shows the president’s health is improving.

The opposition could use Bongo’s prolonged incapacity, coupled with discontent over recent austerity measures, to mobilise domestic and international support for new elections. The PDG would likely attempt to avoid new elections but doing so would likely trigger unrest and lead to a political crisis. If elections take place, the opposition could win, especially if it is able to rally around a single candidate, as evidenced by opposition candidate Jean Ping’s narrow loss in the disputed 2016 presidential vote. An opposition government would likely see significant regulatory changes after decades of rule by the Bongo family.

The PDG and Bongo’s cabinet are likely to try to keep the president in power while limiting his public appearances. The current cabinet would continue their de-facto rule until a suitable successor is found. Without an obvious successor, there may be an internal battle among the ruling party and the president’s clan.

Scenario 3: Bongo is confirmed as incapacitated

If Bongo was to be confirmed as incapacitated the risk of instability would increase sharply, prompting the ruling party to rush to install a successor amid increased opposition challenges.

Several rival factions among the presidential circle would likely emerge around powerful advisors and family members. Bongo’s son, Noureddine Valentin, is believed to have been groomed to succeed his father. The president’s half-brothers also hold high-ranking government positions and could claim the presidency.

A potential succession battle could see ruling party leaders look for replacements outside the Bongo family in a bid to distance themselves from decades of Bongo rule. Several PDG leaders could emerge as possible successors to Bongo, although none of them is an obvious candidate.

If Bongo was officially declared incapacitated, the army would likely maintain its support for the president. Bongo maintains close links to the army and high-ranking officers have personally benefitted from this relationship. Rival factions within the president’s circle would likely compete to secure the army’s support, raising the risk of violence. There is a risk that high-ranking officers in Gabon may seize power if the government’s refusal to hold elections leads to widespread violent unrest.